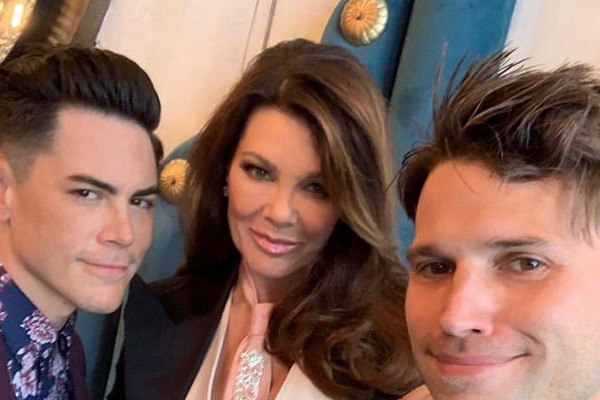 Vanderpump Rules stars Tom Sandoval and Tom Schwartz are reaching out to fans for help. The co-owners of the TomTom restaurant in West Hollywood want to raise money for their employees. RHONY star Bethenny Frankel is also doing her part to help during the coronavirus outbreak.

All of VPR star’s Lisa Vanderpump’s L.A. restaurants are dark until at least March 31, TV Shows Ace reports. Many workers in the food industry rely on tips. A lot of them have been laid off too. Therefore, they will take a huge financial hit because of the coronavirus outbreak. This is happening all over the world. Restaurants can’t remain open during the coronavirus outbreak. Some are continuing with takeout and drive-thru orders. But, many people are being impacted.

If you’re not familiar, Cameo is a video app. Fans request and pay for videos the celebrity. Videos address a specific individual. So, videos can be birthday wishes, shout-outs or even congratulations, for example.

For instance, VPR’s Jax Taylor was gifted a Cameo from Scheana Shay. So, Scheana paid for a Cameo from Friends star Courteney Cox. In the Cameo, Courteney congratulates him on his marriage to Brittany Cartwright.

The price of the Cameo depends on the relevancy of the star. Some stars charge as little as $50. But, other video shout-outs are upwards of $2,500. The Two Toms are charging just $150 per video, so more people can afford them. All the proceeds will go to their employees at TomTom.

In addition, they vow to match the donations up to $10,000. Check out their Instagram announcement for more info.

As TV Shows Ace reported, RHONY alum Bethenny Frankel is going above and beyond for people in NYC and other areas. She recently raised over $50,000 to provide free lunches to NYC-area kids.

Additionally, the RHONY star creates and distributes “coronavirus kits.” The kits include masks, hand sanitizer and other essentials.

Some Bravolebrities Are Keeping Fans Entertained

Raising money isn’t the only way to help people during the coronavirus scare. A large majority of people are under self-imposed or government-mandated orders to stay at home. After just a week, boredom has already set in.

Bravolebrity Andy Cohen was going to broadcast Watch What Happens Live from his apartment. But, he was forced to scrap the idea after testing positive for coronavirus.

Despite falling ill, Andy continues to make his radio show, Radio Andy. He recently revealed that the new seasons of RHOBH and RHONY can’t premiere early.

Tell us in the comments how you’re handling isolation. If you’re running out of ideas, you can always catch up on Vanderpump Rules. And, Bravo has plenty of other shows to watch too.

‘Y&R’ Spoilers: Sharon Blows Up Her Marriage – Gives In To Adam?
A New ‘Big Brother’ Baby Has Been Born! Who Gave Birth? [See First Pic]
Did Lala Kent Throw Shade At Scheana Shay’s Appearance?!
Would Michael Allio Accept An Offer To Be ‘The Bachelor’ Next Season?
Josh Duggar’s Arrest May Not Be The REAL Reason ‘Counting On’ Is Over