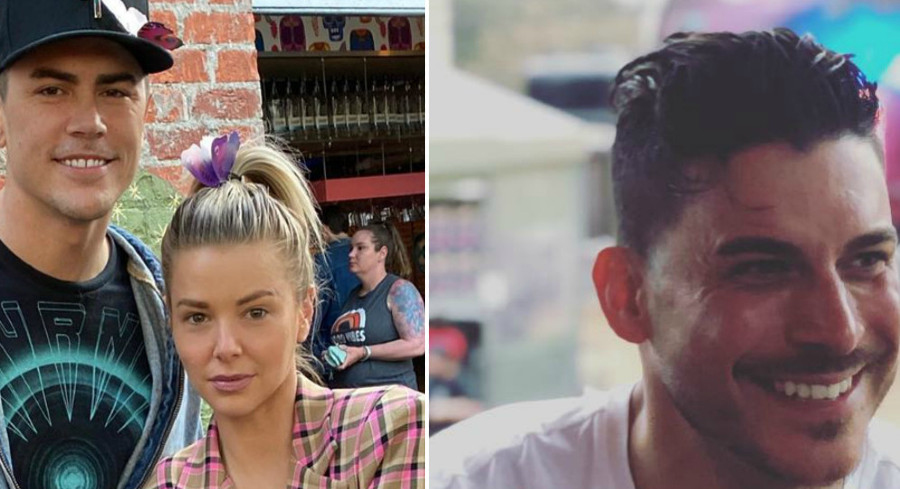 As TV Shows Ace reported after last week’s VPR episode, Jax slammed Sandoval on social media during and after the show aired. The gist of Jax’s rant was that Sandoval isn’t as good of a person as he appears on tv.

VPR Star Twitter War With Jax, Says It Was a ‘One-Way Street’

During a video chat with Us Weekly, jVPR‘s Sandoval was asked his response to the Twitter war with Jax. Sandoval said that there wasn’t a war between the former friends. According to Sandoval, Jax is projecting by attacking him on social media.

Sandoval denies engaging in a Twitter war with his co-star. In fact, he says it was all a “one-way street” on Jax’s part.

As fans know, the former BFFs had a falling out following the VPR Season 7 reunion. Jax took issue with Sandoval defending James Kennedy. In response, Jax threatened to kick Sandoval out of his wedding.

As the months went on, Jax continued to hold the role of best man over Sandoval’s head. When it came down to it, the VPR star allowed Sandoval to stand up for him at the wedding, but has since said he was “bullied” into it.

Jax has said some pretty crappy things about his VPR co-star Ariana. At the beginning of Season 8, he questioned her sexuality by implying she doesn’t want to marry Sandoval because she’s a lesbian.

Ariana clapped back at the time by reminding Jax that such a thing as bisexuality exists.

Even before Jax’s latest Twitter attack, Ariana told Us Weekly that she doesn’t take Jax’s tweets seriously. She said that Jax isn’t exactly a “credible source” and that’s she’s not “bothered” by the things he says.

However, one thing she doesn’t understand is how Jax can treat a longtime friend the way he treats Sandoval. Jax and Sandoval have known each other almost 20 years after getting a start modeling in Miami years ago.

They ‘Clash’ Because Jax is ‘Unreasonable’

Sandoval thinks he knows why he’s been butting heads with Jax so much lately. According to the TomTom co-owner, he is a “reasonable” person while Jax is “unreasonable.”

As a result, Sandoval says it’s understandable that the two would “clash.”

Tell us in the comment if you think Jax’s tweets about Sandoval and Ariana go too far.