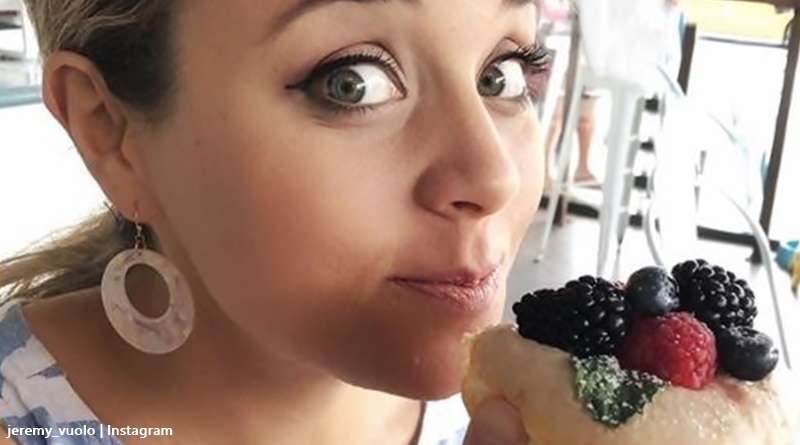 Counting On fans want Jinger Vuolo to fall pregnant and deliver another baby into the world. Actually, at first, they hoped she would refrain from becoming a baby-machine. But, as time passes, they start hoping for a new announcement. Anxious fans now think they spotted a very good sign that she’s pregnant… Claiming it’s all about the dark reddish rings around her eyes. Is that a correct indicator?

Counting On – Fans want Jinger pregnant as soon as possible

Little Felicity, Jinger, and Jeremy’s baby girl grew into a charming toddler. And now, fans want another child. Some fans think that she’s definitely pregnant right now, but holding off on an announcement. But, just a short while ago, people thought the opposite.

TV Shows Ace reported earlier this month that some fans pointed out why they think she’s not expecting. Someone claimed they saw the couple order alcohol, but never got a photo. So, that’s just one person’s say-so. However, if true, it’s not likely Jinger would drink while pregnant.

But, people who gave birth and suffered morning sickness pointed out on Reddit that her eyes look like she’s preggos. According to them, repeated illness makes them get shadowed eyes. Recall that in 2018, Jinger revealed she suffered from morning sickness, US Weekly reported.

The new speculations all arose after the Counting On star shared a post on Instagram about the lock down and how they stay at home right now. Fans noticed big dark circles under her eyes and took to Reddit to talk about it.

As the "Safer At Home Order" hits Los Angeles and we're all essentially on lockdown, we're keeping ourselves busy around the house. . We’ve been enjoying some much-needed spring cleaning, finding new recipes online to whip up, and running around the house and backyard chasing Felicity. Like everyone else, we’ve never experienced anything like this before. But it helps us realize how grateful we are for the gifts God has given us, especially our relationship with him and with each other. . In these difficult days, be sure to text a friend, video chat with family, and let them know you’re grateful for and love them. Stay safe, stay strong 🙏

The Reddit discussion that arose talked about her eyes. As you can see from the image in the Instagram post, those shadowed eyes look prominent. Perhaps she never wore makeup, some fans think. But, others think it’s unmistakable. One said, “That is the face of a woman that’s puking everyday through a pregnancy. Purely speculation but I’m having a horrible pregnancy and my eyes have bright red circles around them just like that.”

Then, another person contributed, “My exact thought. You can always tell in the eyes. I thought the same about Joy in the Christmas pictures and turns out I was right.” Another person noted about the Counting On star, “ITA, that is a first trimester face.”

Does Jinger of Countin On have the ‘pregnancy mask?’

Healthline mentions, “Red rings around the eyes can be the result of many conditions.” They don’t mention pregnancy, but the US National Library of Medicine, National Institutes of Health mention it on their website. They noted, “The most frequent pregnancy-related physiological change is an increase in pigmentation around the eyes. Darkening of the face during pregnancy is referred to as pregnancy mask.”

Maybe this time, those red shadows around Jinger’s eyes tell a story? What do you think? Sound off your thoughts in the comment below.

Remember to check back with TV Shows Ace often for more news about Jinger Vuolo and the cast of TLC’s Counting On.