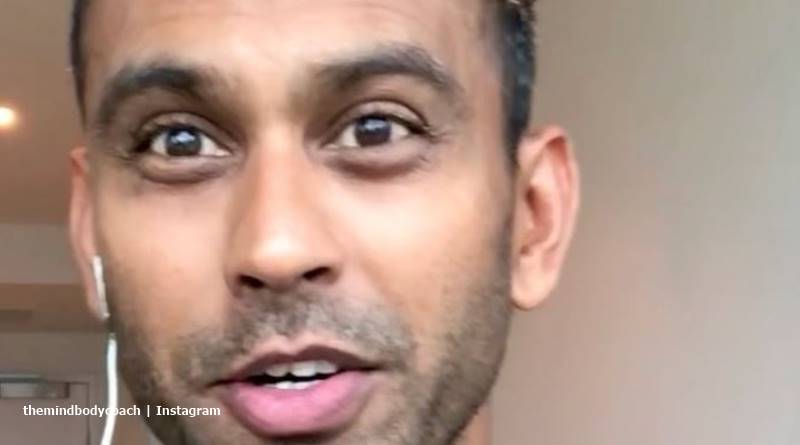 90 Day Fiance: Before The 90 Days saw fans of the show turn out and body-shame Big Ed in their droves. Another star who gets thoroughly mocked and laughed at is Ash Naeck. While Ed suffers from a skeletal syndrome, Ash revealed he battles a serious condition as well. And, with the current coronavirus scare, it could actually be life-threatening.

TV Shows Ace wrote at the beginning of the season, that Big Ed seems to have no neck. It’s actually due to Klippel-Feil syndrome. The rare condition makes him look very short. Actually, he’s very self-conscious about his appearance. Nevertheless, he tries laughing at life and himself. But, it got to him so badly, that the 90 Day Fiance: Before The 90 Days star slammed trolls and body-shamers. He finds their awful comments very hurtful.

People still mock at Ed on sites like Reddit and Twitter, and of course, on Facebook groups. But Ash also gets many comments about the way he looks. Instagram brings many spiteful and hurtful things passed round about him. Mostly, they happen on the fan pages for the show. And, it seems Ash also gets it sliding into his DMs and elsewhere. He spoke out about it on Tuesday on his Instagram. He noted that COVID 19 puts him at high risk with his own condition.

Ash Naeck shares his thyroid condition could be Graves Disease

People laugh at Ash as his eyes look very wide, and sometimes almost pop out. Some people wonder if he’s on drugs. Others just joke about him in a cruel and spiteful way. But, it’s not uncommon in people with thyroid issues. Ash spoke out about it, noting, despite all the hate, he just sends the haters “love no matter how f*cked up your intentions towards me were.” He also slammed the Bloggers who run posts that encourage people in their body-shaming.

It runs out Ash suffers from a “Hyperactive Thyroid.” The condition presented itself when he turned 21. Now, he fears it might be Graves Disease. The 90 Day Fiance star explained, “at this stage maybe Graves’ disease after consulting with a Naturopath and holistic health expert.” However, Ash also got some support from fans and he thanked them. He noted, “I want to thank the few of you who were super nice and nurturing in reaching out and bringing this to my attention in the most caring way possible.”

Like everyone else, Ash tries to avoid getting the Coronavirus. Because of his condition, he’s at high risk if he gets it. So, he’s trying his best to protect himself.

What is Graves Disease?

The Mayo Clinic explains more about the disease. They note that “Graves’ disease is an immune system disorder that results in the overproduction of thyroid hormones.” Those “bugling eyes” are part of the symptoms. It could cause a very fast heart rate and contribute to a loss of vision. Auto-immune illnesses are very dangerous for those who contract COVID 19. So, just like Big Ed, maybe its time for 90 Day Fiance fans to stop with the trolling on Ash’s physical deformities.

Remember to check back with TV Shows Ace often for more news about the cast of TLC’s 90 Day Fiance: Before The 90 Days.