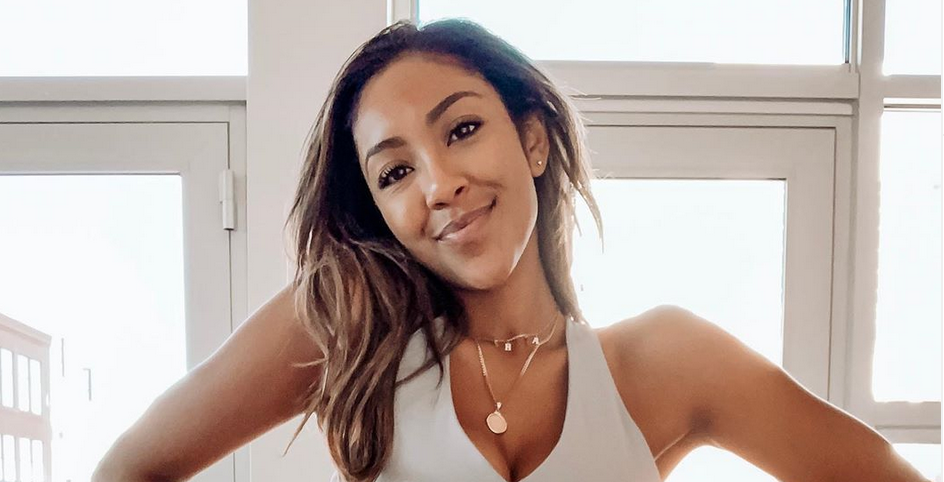 The Bachelor fans took to body-shaming Tayshia Adam’s recent latergram. Tayshia’s rise to fame came from Colton Underwood’s season of The Bachelor. Known for her well-rounded personality, Tayshia made it to Fantasy Suites Week. Chris Harrison calls that season in the “Women Tell All” the most dramatic season of The Bachelor, as he does with every season. But, some fans believe it to be true of that season.

Bachelor fans were happy to see Tayshia return to television in another show of The Bachelor franchise, Bachelor in Paradise. It is there that the unlikely union of TAYPJ formed when Tayshia and John Paul Jones (from Hannah B’s season of The Bachelorette) started an unlikely relationship. Although fans were quick to ship TAYPJ, the couple ultimately split up a few months later.

With two seasons of screen time, fans wondered if Tayshia might be the next Bachelorette. CheatSheet reports earlier that Tayshia was a strong contender for the upcoming season. Unfortunately, producers decided to give Clare Crawley her fifth chance at love within The Bachelor franchise. Clare’s season is already making headlines as TV Shows Ace reports that Bachelor Nation wants Clare’s season recast with age-appropriate suitors.

Tayshia’s Still in the Public Eye After The Bachelor

As of Monday, March 23, 2020, Tayshia (@tayshiaaa) has 807k followers. Her most recent posts are a chronology of fierce selfies and thought-provoking quotes. Her latest post places her in Venice Beach pre-Covid19 social-distancing.

While most of the comments on her most recent selfie seemed to be supportive, like asking for fashion advice and the like, some of Tayshia’s followers took to body-shaming. One of the comments reads, “Beautiful as always- but getting way to thin.” Another commenter follows up with, “I was thinking the same.”

After being stuck in quarantine for five days, Tayshia brought to light that the haters don’t bother her. Tayshia writes the following:

“honestly if I was with my friends / have not quarantined for 5 days by myself I probably wouldn’t of wasted my time but seems how I’m stuck in the house with nothing but time, I decided to clap back hahah 😂but they don’t phase me so we’re all good ✨💕😉”

It doesn’t stop there! One follower wrote, ” this is who I want to be.” Tayshia’s thoughtful response is, “be you, girl!!! The world doesn’t have anyone else like you!!💕✨😉.” Talk about a role model.

While you’re waiting out the quarantine, you can get your Bachelor fix on Netflix.