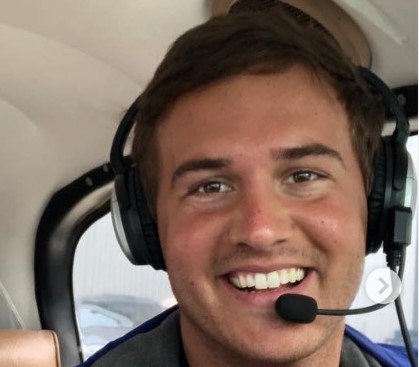 Fans were able to ask the former Bachelor Peter Weber some questions recently regarding getting over a breakup. Peter the pilot proposed to Hannah Ann Sluss on The Bachelor finale only to end the engagement. This was just so he could focus on his feelings for Madison Prewett.

When Peter and Madison discussed their feelings they wanted to take it, “one day at a time.” After the show they mutually decided to end things.

Peter Weber Says, “Everything Happens For A Reason”

Seems that Peter has been doing some soul searching lately after an unhappily ever after. Weber said, “You should never want to be with someone that doesn’t want you in the same way.” He seems to think his journey is just bringing him one step closer to his true love, because of all that he’s gone through.

When Peter was filming The Bachelor in Costa Rica, he cut his forehead with a wine glass. The incident landed him in the hospital with several stitches. According to his doctor it will take about a year for him to heal, but through the process of micro-needling every few months and cream two times a day he should make a full recovery.

Despite talking about how bad-ass a scar was for his look, it seems he won’t have the badge of honor any longer. This is good news for Peter so he can continue to heal his heart with the loss of Hannah Ann and Madison in such a short period of time.

Madison Having A Tough Time

According to People, sources say Peter and Madison realized that they couldn’t make the relationship work. Madison felt that everything was against them because Peter’s family didn’t support them. No one can forget his mom Barb’s reaction to her being the final girl. She didn’t mean to hurt Peter and his family and wants to move on with her life.

Peter Weber is currently without a girlfriend. He’s taking his time to figure out where he will go from here. After being on The Bachelor some wonder if he will show up on Bachelor in Paradise. Will Peter ever find love again? Only time will tell, but we hope it will be someone that both Peter and his family can get along with.

You don’t have to wait too long for another season you can watch The Bachelorette with Clare Crawley on ABC in May. That is provided production isn’t delayed further by the virus.