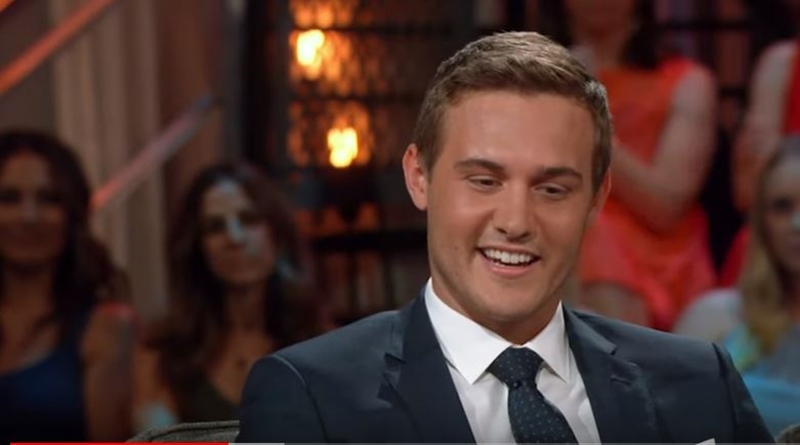 The Bachelor fans became very upset with Peter’s mom, Barbs in the final episodes of the ABC show. She roundly dissed Madison on national TV. She also cried about Peter as she wanted him to choose Hannah Ann Sluss. Fans felt he should man up and get out of the home and stop being such a “mummy’s boy.” Now, Peter says he plans on moving out of the family home.

The Bachelor – Peter moving out

Peter Weber took to his Instagram Stories on Friday for a Q&A. He answered quite a lot of questions. However, one important question came from fans who wanted to know if he planned on moving out. Peter conducted the Q&A in the home of his parents and both Barbs and his dad were around. Well, firstly, he started singing “Leaving on a Jet Plane.” Recall, his mom shared the same song on her Instagram the day Peter and Madison split. Fans thought it a poor choice.

Nevertheless, while it seemed Peter just joked, The Bachelor alum then mentioned he plans on leaving home for real. He then said, “But real talk yes, either NYC for about a year or LA.” Mind you, it looks like his parents really don’t mind too much. That’s because his dad said, “Don’t let the door hit you on the way out!” Meanwhile, his mom joked, “We’re empty nesters!” 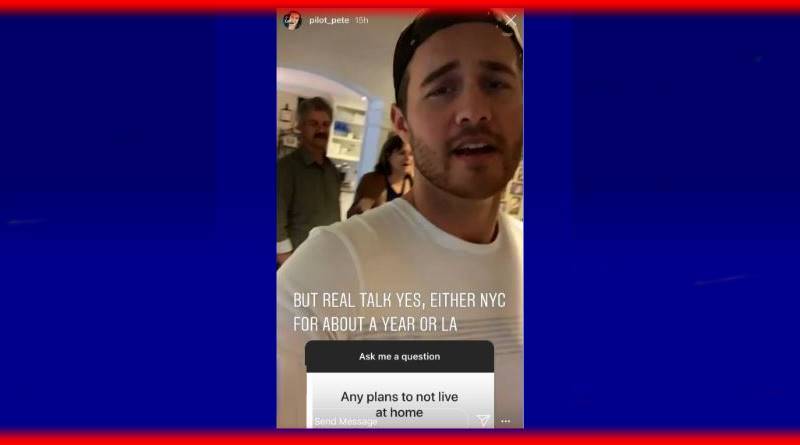 Did Peter decide to leave home because of his mom?

Fans might speculate that Peter’s sick of being tied to his mom’s apron strings. But, it might not be the reason at all. After all, Peter’s a pilot and the airlines suffer a loss of income during the coronavirus shutdown period. In fact, he shared that an old company he worked for, Compass, shut down. Once the virus contagion ends, Peter could certainly walk into almost any job with the airlines. So, why not in a place like NYC or LA? After all, as a celebrity, he could get more connections, more work in front of the cameras there.

So, it seems maybe The Bachelor star thought about moving out of the home for a while.  He could easily afford to buy his own place after all. E!News reminds readers he stayed at home more due to his mom’s cultural background. As she’s of Cuban extraction, many of them only move out when they get married. In fact, she once said, “It’s best to save your money…and invest in buying his own home down the road.”

What do you think about Peter planning on moving out of the family home? Do you still think he’s angry at his mom interfering in his love life? Or, is it just a logical step considering his two careers? Sound off your thoughts in the comments below.