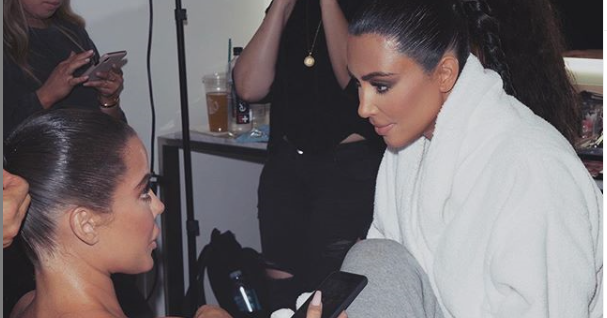 After Kim Kardashian saw the posts about Taylor Swift being right the whole time, fans thought she’d apologize. At the very least, they thought she might acknowledge maybe she was wrong. When the whole feud started, it was because Kanye didn’t tell Taylor he was going to say, “I made that b**** famous,” in his song.

Back then Kim Kardashian leaked a phone call between the two showing Taylor knew all along. Now, the whole phone call is out, and it reveals Kim did a little tweaking to make sure it sounded good on their side of things. Instead of apologizing, or saying maybe she was wrong, Kim has decided to stay quiet while liking posts about it.

As a mother, helping families in need during this time is especially important to me. @baby2baby is on the ground providing essentials to children and families impacted by COVID-19 and are working around the clock to get them diapers, blankets, hygiene products, school supplies and more. Today @skims will be restocking our most-loved Cotton collection and donating 20% of the drops profits to @Baby2baby’s COVID-19 Emergency Response Program to support their mission to provide basic essentials to children and families in need. Shop now at SKIMS.COM and enjoy free shipping on domestic orders over $75.

What Did Kim Kardashian Say About The New Phone Call?

Kim Kardashian liked a tweet someone posted that said, “the video (of the call) showed nothing new. We all knew that. I’m so confused right now.” Taylor meanwhile has been liking Tumblr posts that say things like, “everyone owes Taylor Swift an apology.” While neither has come out and said anything about it yet, they are both able to be passive aggressive.

Meanwhile, according to Cosmo, Swifties are giving Kim hell on social media. One fan said, “so because you faked that audio snippet on Snapchat, what else have y’all faked as well?” Another fan told her she needed to grow up. Taylor Swift’s fans have had her back from the beginning.

What Was Different In The Phone Call

In the new phone call that Kim Kardashian took her snippets from, Taylor expressed not being comfortable with him saying he made her famous. She didn’t outright tell him not to do it. He told her the lyric would be, “I think Taylor Swift might owe me sex.” Then he said he had another lyric later on saying he made her famous. He didn’t ever say he would call her a derogatory word on the phone call. This is why Taylor Swift came out to say she didn’t approve him saying that about her. This is why her fans finally feel vindicated after supporting her for the past four years.

Fans will be waiting to see if either of the starlets post on their own social media about this. For now, they will watch as both sides passive-aggressively argue. It’s just a matter of time before the snake emojis start up again.

New episodes of Keeping Up With the Kardashians will start airing on Thursday on E!.