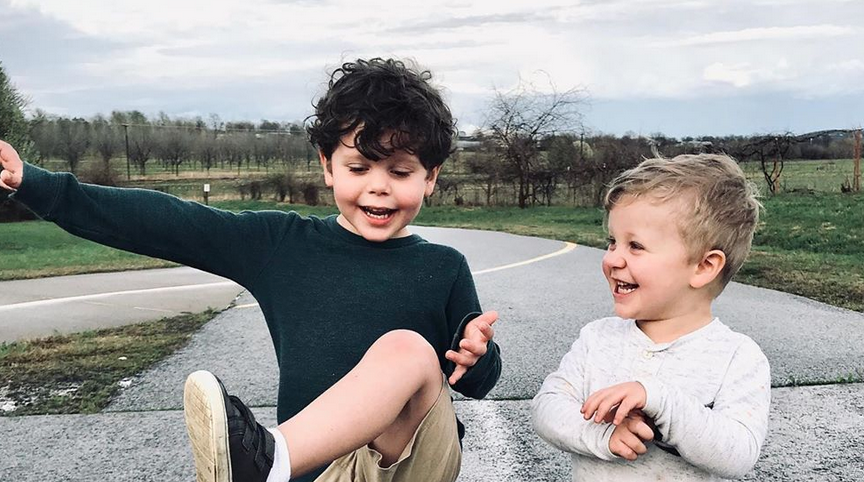 Over the weekend, Jessa Duggar Seewald shared a video of her two sons, Spurgeon, 4, and Henry, 3. In the video, they’re sitting on the family’s couch. The two little boys sing “Crown Him with Many Crowns,” and Jessa shares the lyrics in her caption. Spurgeon is definitely more into the song than Henry is. After the first song, Spurgeon sings another one.

“Crown Him with many crowns, The lamb upon the throne: Hark! How the heav'nly anthem drowns All Music but its own! Awake, my soul, and sing Of Him who died for thee, And hail him as thy matchless King Through all eternity.”

Right now, many people are social-distancing to prevent the spread of coronavirus. While they stay home, they might be bored and looking for things to keep them occupied. Plus, there’s tons of bad news circulating. So, Jessa sharing this video came at just the right time. Her followers agree that it’s just what they need to see. It’s keeping them entertained and it’s the positivity they need amid all the coronavirus facts and statistics.

In response to the video, Duggar fans are leaving comments about how much they love the video. One wrote, “Bright light in this time !! How precious are your children. GOD bless !! Great job singing!!!❤️” Another said, “What a sweet voice he has!!”

Out of Jessa’s 2.2 million followers, over 250,000 of them have viewed the video. And, it’s gotten a great response. It seems that all of her followers love it. Duggar fans are often asking for more pictures and videos of the kids as they grow.

As TV Shows Ace reported in late 2019, Jessa revealed that Henry had speech delays. As she shares videos of the boys singing and talking, Duggar fans often wonder how his speech is progressing. Jessa did share several videos of him singing or talking. Fans thought that his speech was improving based on those videos. But, at that point, Jessa didn’t give any official news.

Well, Jessa gave an update in March. She wrote, “Henry went from practically no words on his 2nd birthday, to being caught up now as he’s turning 3! Praising the Lord for this answer to our prayers. ❤️” Her followers were thrilled to hear the good news.

So, what do you think of the song Spurgeon and Henry sang? Does it brighten your day? Share your thoughts below.