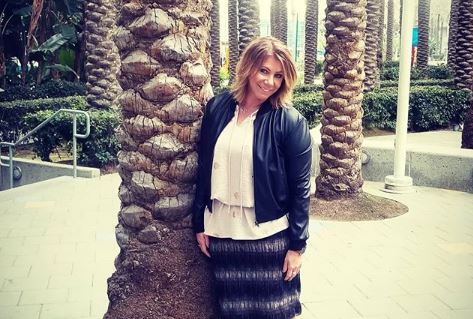 Tonight on a new episode of Sister Wives fans saw Meri Brown has to evacuate her home on the next episode. This all went down last year but is just now airing. If you are curious about what happened, keep reading for spoilers for next week’s episode.

Meri Brown has to evacuate quickly

In the preview for next week, it shows Meri Brown packing up and evacuating. This is hard on her and you can tell that she is really upset. So why did she have to do that so fast?

In my original plans, today would have been the last day out at sea after a week on a ship full of friends, colleagues, and like minded #LuLaRoe retailers. Obviously those plans changed due to the ever-changing times in which live. And I'm ok with that! I have spent this week in my house getting projects done, connecting with friends and customers via internet and social media, watching beautiful snow fall, witnessing women across the country and the world come together to support and uplift each other. So this week hasn't been a disappointment to me in the least. I know I'll see and connect with all my LuLaRoe retailer friends as soon as it is safe and healthy for us. This too shall pass, and until then, we'll just keep on keepin' on, plugging away, and doing our thing, as together as possible through social media outlets. Side note, notice the exclusive cruise hoodie I'm wearing today in honor and sweet remembrance of what almost was! 'I like big boats and I cannot lie' 💙💙💙 #LivingMyWhy #BecauseICan #LoveWhatIDo #LoveWhoIAm #LuLaRoeRetailer #LuLaRoeForLife #FlagstaffFashion #LuLaRoeAmber #LuLaRoeDenim @lularoe.retailers @lularoe #SocialMediaConnection #FriendsSupportingFriends

Meri had a forest fire burning near her home. She had to move out and get her property out of the house as well. During this hard time, Meri Brown was on her Instagram and sharing with fans what was going on. She posted videos and more so that they would know she was okay. This all happened last summer, so you have to remember how long ago this was filmed.

Why is this such a big deal for her?

Meri Brown owns a business where she sells LuLaRoe clothing. On top of her personal belongings in her home, Meri also has her entire business there. She keeps all of her clothing at her home and then ships it to people when they purchase from her. She does live sales in her Facebook group all the time. Meri makes a living from this business and some of the children have even joined her in it.

Meri stands the chance to lose her inventory plus her personal belongings. This makes it a lot bigger deal than if it was just the home she lived in.

Don’t miss new episodes of Sister Wives on Sunday nights on TLC. Next week is when you will see the big evacuation. Meri arguing with her sister wives the way that she does on this upcoming episode is something fans are not used to seeing from her at all.