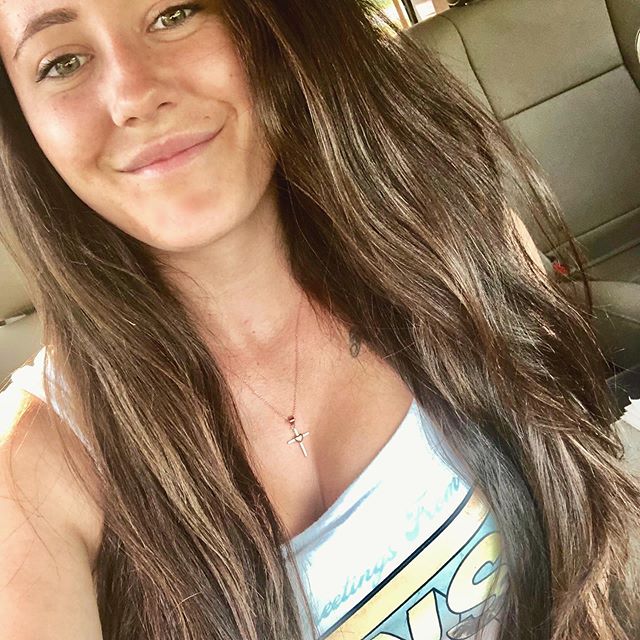 Now 28 years-old, Jenelle Evans became an American household name as one of the teenaged mothers MTV features on Teen Mom 2. Evans is frequently estranged from her mother, Barbara. Barbara has full custody of her oldest son, Jace, now 10-years-old. Throughout the years, fans follow the emotional roller coaster of a relationship Jenelle has with Barbara.

In May of 2019, Jenelle’s husband (ex-husband?), David Eason, shot her dog, Nugget. Reports state that this was in retaliation of the dog nipping at, Jenelle and David’s youngest child, Ensley. As a result, Child Protective Services was involved. Consequently, the couple lost custody of Ensley, Kaiser, and Maryssa. This incident leads to MTVsevering ties with Jenelle.

In July 2019, Jenelle happily reports to US Weekly that they regained custody of the children and she states, “Throughout this long process and final decision, I am excited to be moving forward and continuing to show America I’m a good parent.”

While  US Weekly quotes Jenelle saying:

“I know I need to make changes. I’m starting that now. The kids and I have moved away from David. Nobody gets into a marriage expecting it to end, but I know that’s what is best for me, and for my kids. Today I’ve filed papers to start that process. I appreciate the support from everyone who has asked how I am. Me and the kids are doing great. We need some time to be together, but you’ll hear from us again soon.”

The Sun reports that David is Jenelle’s “on-again, off-again” husband. It appears that the couple is working towards reconciliation. There are mixed findings on the status of the relationship.

Jenelle says internet backlash led to her depression and anxiety. Jenelle isn’t a stranger to dealing with internet trolls, but says, “Sometimes it gets really bad. You have to ignore all of it. You have to put your phone down and focus on something else.”

Telling her fans (trolls) how she really feels, Jenelle responds to critics saying, “The thing is… I’m living my life regardless of what anyone says or no matter wtf I’m doing.” And she goes on to say, “I’m not obligated to owe anyone an explanation. My life isn’t shared on tv anymore, I’m sorry. I’m not trying to impress any damn person.”

A notable theme across interviews given by Jenelle is that things have gotten harder for her since leaving the show.

This all stems from recent sightings of her and David together in Nashville, Instagram stories from their home in North Carolina, and both seen wearing their wedding rings again.

With all the ups and downs, kudos to Jenelle for using her platform to raise awareness about mental health! Don’t miss new episodes of Teen Mom on MTV.