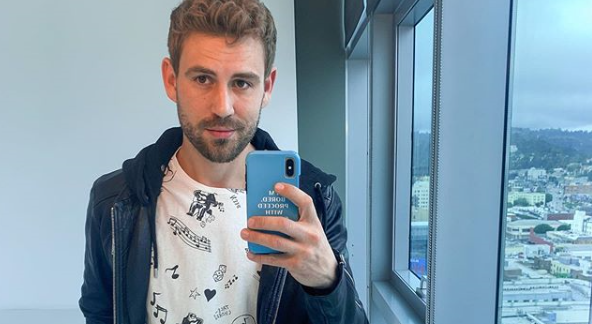 While no one knows for sure, Nick Viall is in full support of their quarantine crew. Both reality stars have had it rough lately. Hannah Brown’s brother suffered an overdose and Tyler Cameron’s mother passed away. Hannah Brown’s brother is in recovery and sharing his story. Brown met Cameron’s mother because he was runner-up on her season of The Bachelorette. She came for her celebration of life and stayed in Florida.

They seemed to be finding comfort in each other. Sorry for those fans who thought Hannah would get back together with Peter Weber after his season of The Bachelor. Despite an emotional reunion at the beginning and Hannah Ann saying he reached out to her after their engagement, that ship has sailed.

Quarantine Edition… Because No One Annoys You More Than Yourself.

What Is Nick Viall’s Hope For The Quarantined Twosome?

Nick Viall said he wants a baby. He hopes the two use their time to create a Bachelor nation baby together. According to Cosmo, Nick said, “they’re probably just friends, but also it’s crazy times. Sometimes in crazy times, people do crazy things.” He said specifically he wanted an “out-of-a-relationship Bachelor baby.”

Lauren Zima, Chris Harrison’s girlfriend, supports this as well. She agreed someone needs to get knocked up. Chris being a voice of reason said, “I don’t know if that’s what we need.” Nick changed it a bit to say, it would be fun, “except for the people involved.”

Why Are Hannah Brown And Tyler Cameron Together?

A source told US Weekly despite Nick Viall’s dreams, the two are not together. They are quarantining together with four other people as their Tik Tok titled The Quarantine Crew shows.

The source said, “They have a lot of love for each other. They’re great friends and have a lot of fun together.” Both have expressed they aren’t in a place to date right now.

Fans are stoked to see them together and still hope there could be romance down the line. Who knows how long they will have to stay in the same place? No doubt, Nick Viall will keep encouraging the relationship between the two.

Hopefully, news about filming for The Bachelorette will come out soon.