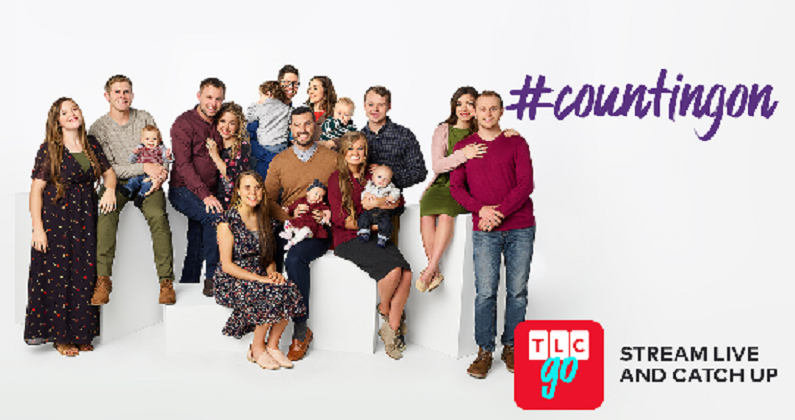 Counting On fans are concerned over the future of the TLC show. The series has declined in ratings over the years. Streaming is a better option since most don’t watch it when it airs live. Others don’t even want to admit that they watch it. Maybe you’re one of those people.

It’s hard to see a world without this family. Whether you like it or not, they have become a big part of pop culture. While most people feel that their series is too cheesy for modern-day times, there is still a large group of viewers who follow the family, on-and-off the show.

However, the show can’t go on forever, and the Duggar kids have taken interest in YouTube. This move has some questioning whether Counting On will get cancelled.

Some of the Duggar siblings have moved to YouTube in the past few months. They see the power of this platform. YouTube has created some of the biggest internet stars and influencers. It makes sense that the Duggars want the piece of the YouTube pie as well.

Jessa and Joy-Anna Duggar are just two of the daughters who have been posting videos on YouTube. Jessa is one of the most popular Duggar family members on YouTube. Her subscriber count is growing, and she could end up earning revenue stream from the content sharing platform if she’s consistent at it.

Of course, she’s not the only one on YouTube. Joy-Anna Duggar has uploaded videos on the platform as well. Since she’s mostly a stay-at-home mom who works with her husband, Austin Forsyth, on his house flipping business, she can fill in that spare time with sharing about their life on YouTube. Jill and Jana Duggar have also started their own respective YouTube channels. However, it’s Jessa who has the most consistent posting schedule.

Is Counting On renewed for another season

Regardless, Counting On is still a very popular show on TLC. The Duggar family has been a huge part of our lives ever since we were introduced to Jim Bob and Michelle Duggar on their early shows about their many kids. The show’s title changed over the years as the family grew. This family has been through their share of ups-and-downs, most of which were revealed in the tabloids.

After Josh Duggar’s sex scandal, TLC cancelled 19 Kids and Counting. It seemed like the network wanted to move on from the Duggars until Counting On debuted. Then it became clear that TLC didn’t want to lose those Duggar ratings. But now it seems that the Duggar family is no longer interesting to viewers.

Is the show going to be cancelled or will it be renewed for Season 11? The Duggar kids’ sudden interest in YouTube could spell trouble for the future of their family’s reality show. However, it doesn’t look like TLC wants to cancel Counting On just yet. As TV Shows Ace reported, Jinger Duggar and her husband, Jeremy Vuolo, teased the upcoming season of the series on their Instagram stories.

Just because a new season is coming doesn’t mean that Counting On will last forever. Most fans believe that Season 11 is the last season of the series. If not, then something exciting needs to happen to shakeup the series. The story lines about their courtships, marriages, and pregnancies are tired and redundant at this point.

Even this popular show is seeing a decline in ratings, as noted by Daily Soap Dish. However, TLC is not the type of network to announce cancellations or renewals. Oftentimes, the shows go well beyond their time, and fans learn about a new season before the official premiere date. Counting On fans will have to see what happens to the Duggar family’s show.

What are your thoughts? Do you think that Counting On will get cancelled after Season 11? Sound off below in the comments section.