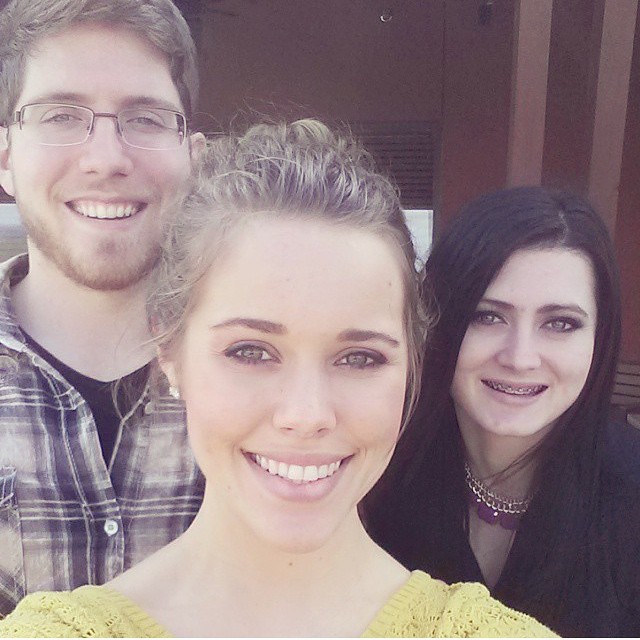 Jessa (Duggar) Seewald talks about her sister-in-law’s wedding dress on television. Inquisitr reports that she doesn’t hold her opinion back about the gown at all.

US Weekly describes the dress as a satin, cream-color Romona Keveza dress, with a low-cut neckline and dramatic flare-out full-length skirt.  Cinema Blend reports that Jessica knows her family won’t approve of the dress before she leaves the dressing room.

Jessa describes the dress saying that the neckline,”was definitely too low.” Jessa holds nothing back while saying, “That’s not really what you want to look like on your wedding day.”

Counting on Fans are familiar with the Duggar’s modest upbringing. Cineman Blend also reports, in a two-minute clip, released by TLC, that Jessa’s facial expression “reveals as much as the dress.”

The clip found on Say Yes to the Dress is found below.

Jessica knows this dress is too low-cut for her entourage's taste…but maybe they'll like her first choice more after they see this one! Find out which gown makes the cut tomorrow at 8/7c in the season premiere of #SYTTD: Atlanta!

This isn’t the first time Jessa gets attention for fashion choices. Due to their upbringing, Duggar girls didn’t wear pants. They wear conservative knee-length dresses and skirts. But does Jessa wear pants?

It’s hard to tell how Jessica genuinely feels about the dress based on reports. She says, “I wanted to show my curves but this is a little bit too flashy.”

Other members of Seewald’s family share Jessa’s sentiment about the Keveza dress. Meanwhile, Jessica claims, “I cannot get that first dress out of my mind.”

But first back to the pants… Jessa is seen in previews for the Say Yes to the Dress wearing black pants!

OK Magazine reports that in Duggar/Seewald episode of Say Yes to the Dress: Atlanta, Jessica chooses a sleeveless, A-line gown with a low neckline, open back, and sheer panels at the waist. Unfortunately, the article doesn’t confirm if it is the Keveza dress. In Cinema Blend’s article, they report that both dresses Jessica tried on were low cut.

It also mentions that family members want Jessica to have a “modest wedding”. This alludes to the fact, that modest isn’t the case. This isn’t the first time Jessica receives media attention for a drastically different lifestyle compared to the Duggars. OK! Magazine makes the extent to which Jessica’s lifestyle varies from Jessa’s very clear. Jessica is also a police officer!

Read more about Jessa’s appearance on Say Yes to the Dress here.