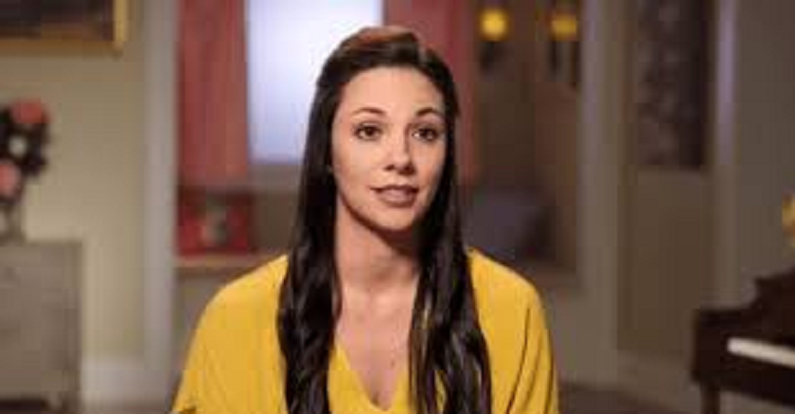 90 Day Fiance: Before the 90 Days chronicles the lives of international couples who meet and determine whether they should get married. Avery Warner and Ash Naeck are one of the six couples who are featured on Season 4. Avery is a laid-back yoga instructor and foodie who’s smitten by the Australian relationship coach who has a lot of swagger.

The interesting part about his job is that he only coaches women. Back in England, Ash was getting ready to meet the love of his life. He went to the florist, who revealed to the TLC cameras that he buys flowers for “lots of girls.” So, he wasn’t surprised to see him back. So, what does Avery think of that?

90 Day Fiance: Before the 90 Days star Avery Warner addresses her relationship with Ash. She said that it’s been an “intense” season. Avery sat down for an interview with Entertainment Tonight’s Lauren Zima via video chat. The 32-year-old hippie has been self-isolating with her two children back in Seattle, Washington amid the coronavirus pandemic that has rocked the 90 Day Fiance world.

Avery and Ash’s relationship has gotten the side eye from fans due to Ash’s charm and good looks. In addition, his job is a relationship coach, and has some wondering if Avery is just one of the women that he talks to online. It is clear that he knows what to do and say to win women over.

One scene in particular was seen on Sunday night’s episode when Ash visits his local florist to buy black roses for Avery. The florist told TLC’s producers that Ash often pops into his shop to buy flowers for “lots of girls.” Does he buy these flowers for his female clients? Or, does he date a lot of women in general?

The florist also revealed that Ash is a “natural” when it comes to dating, which is no surprise for the well-known relationship coach.

“I don’t know how many girls he goes through,” the florist told the 90 Day Fiance producers. “I don’t know, man. He gets lots of girls. He knows what to say and what to do and you know, he’s just so natural.”

This revelation came as a delight to 90 Day Fiance fans. Some of them loved that the florist spilled some tea on Ash. They felt vindicated. But, what does Avery think of what the florist said?

Avery shares her thoughts on the florist’s shocking revelation

During her interview, Avery was shocked when she saw the scene on air. She initially thought that Ash didn’t date around much because of his job. Avery began to have doubts and wondered if Ash often bought flowers for the women he dated. She also believes that Ash buys flowers for another special reason.

“But then I started really thinking about it, and it’s part of their culture to buy flowers and do nice things for any type of occasion or situation,” Avery explained, “his go-to for any type of special occasion or to lighten someone’s day is to get flowers for them, so in my mind, I was thinking maybe there’s just some understanding with the flowers.”

Avery still doesn’t understand why the florist brought up Ash’s dating history. She is trying to not focus on it and make it a bigger issue than it needs to be. She sees it as a good thing that Ash dated several women and chose to settle down with her. But there are times when even she questions his motives.

“He is so perfect, he has all the right things to say,” Avery continued. “That’s where it was kind of, ‘Is this real? Can I really trust this situation?'”

So, are Avery and Ash together?

During a Q&A session on Instagram, Avery only dropped hints about her current relationship status with Ash, as per Soap Dirt. That’s when 90 Day Fiance fans wanted to know why Ash doesn’t follow her back on there. He uses the social media app a lot, especially for work. But Avery only responded with the shrugging emoji. Maybe that will be revealed in future episodes.

Another fan wrote that they were “dying to know” if the couple was still together. Avery responded back, “stay tuned! May surprise you.”

Does Avery leave Australia with an engagement ring? Or, does she head back home alone? What are your thoughts on Ash having “lots of girls”? Sound off below in the comments section.