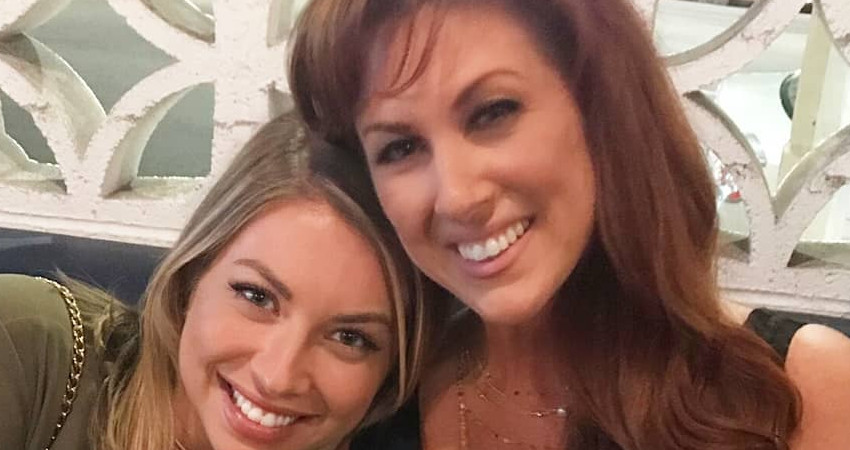 Stassi Schroeder’s mom has a bone to pick with VPR star Tom Sandoval. Despite his feud with newlywed Jax Taylor, fans flocked to social media to praise Sandoval. They said that he came through for his former BFF. Stassi’s mom, Dayna Schroeder, had a very different experience with the best man.

As best man, Sandoval took on the job of providing tampons to bridesmaids and fixing a mistake regarding the bar that had guests paying for drinks. In addition, he offered umbrellas to guests to shade themselves from the sun.

Sandoval could have used an umbrella to protect himself from the shade VPR star Stassi Schroeder’s mom threw at him after the episode aired.

Reality Blurb reports that Dayna was less than impressed by Sandoval’s chivalry. According to Stassi’s mother, Sandoval refused her an umbrella. She explains,

“He refused to give me an umbrella, even when my wonderful future son in law, [Beau Clark] asked Tom to give me one!”

She then suggested that Sandoval is taking his grudge with Stassi out on her.

As fans know, Stassi and Sandoval had a screaming argument earlier this season on VPR. They disagreed over Stassi’s book signing being held at the TomTom restaurant that Sandoval partly owns.

Throughout Stassi’s years on the show, her family has made occasional appearances. Her younger brother, Nikolai, gives sage advice to the VPR star and her friends. Dayna’s mom, however, is more likely to leave the table in a huff and cry, as seen in this clip from Season 7.

The two didn’t speak much after filming, but reconciled when Stassi got engaged to Beau. Fans will see the proposal on VPR later this season.

Stassi and Beau spent a few days with VPR co-stars Tom Schwartz and Katie Maloney-Schwartz while their new home was under construction.

TV Shows Ace hopes our readers are self-quarantining during these uncertain times. Check out our archived to get up-to-date on all things The Bachelorette and the Real Housewives franchises. With many shows on hold for filming, it may be a while until the new seasons air on TV.