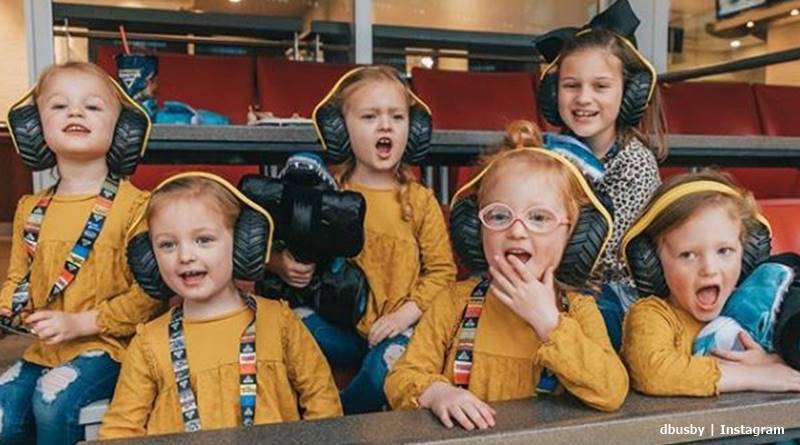 OutDaughtered mom Danielle predicted the career paths for the quints and Blayke nearly a year ago. Now, she shared what she considers the best qualities of each child. And, it seems as they grow a bit older, those qualities still hold with her predictions about their futures.

OutDaughtered kids and their possible careers

In May last year, TV Shows Ace reported that Danielle’s quints are growing up. As their personalities emerge, she sees where they may go with their future careers. At the time, she felt that Blayke seems very nurturing and caring and might end up in veterinary. Of the quints, she predicted Riley could even lead the nation as president as she’s super bossy. Then, she noted Hazel, the cutie-pie who wears glasses. Back then, she said that she might enter the medical or another science field.

On the twins Ava and Olivia, she thought both of them might end up in the entertainment industry, and Parker could become a make-up artist. Now, she went onto her Instagram Stories. In a Q&A, she got asked about what she thinks are the best qualities of the OutDaughtered kids. We thought it might be interesting to see how that lines up with her earlier predictions for their careers.

Now, Danielle still thinks that Blayke’s a nurturer. She had her best quality down as “selfless.” The little girl really comes over as selfless and nurturing, so yes, she could end up in a role as a person who cares. Recall that Danielle felt Hazel might become a doctor or scientist. Now, her best quality is her happiness and she’s a “free spirit.” Maybe that could help her if she ends up as a doctor. In fact, that would make a great trait if she studies as a pediatrician.

Ava and Olivia in entertainment: Well, the OutDaughtered mom thought Ava might become a singer. Now, her best quality looks like keeping her heart honest and her “sensitivity.” Maybe in years ahead, we’ll hear some sensitive lyrics from her on American Idol. Thinking Olivia might become a dancer or performing artist equates to her best traits. Danielle says she’s full of “joyful goofiness.” Watch for that goofiness on your screen in around 20 years! Around about then, expect that the bossy traits of Riley, which still hold this year, will see her saying a lot about getting society right.

Finally, Parker’s best trait is that of being an “observer.” Might she still become a makeup artist? It certainly seems a useful trait for someone who enters that career field. What do you think? Sound off your thoughts in the comments below.