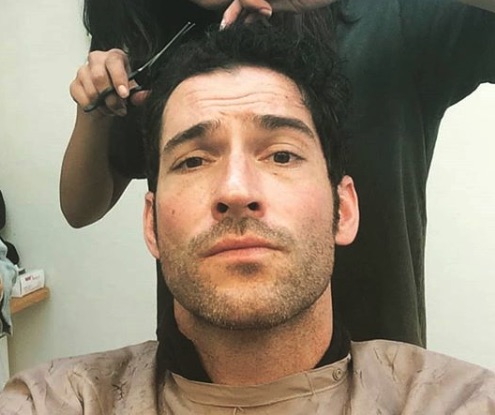 A Lucifer crew member has accidentally confirmed that there will definitely be a Lucifer Season 6 for Lucifans to look forward to. Although the coronavirus has halted production of Season 5, fans have something to look forward to in the future.

Has a Lucifer crew member confirmed Season 6? As TV Shows Ace has previously reported, right before Valentine’s Day, there were rumors that Netflix was un-canceling the devilish show. Since then, there have been new updates. This includes showrunners Ildy Modorich and Joe Henderson signing on for another season. Later, it was reported that Tom Ellis had signed on to play the devilish Mr. Morningstar for one more season. Yet, no one from the cast nor Netflix is confirming this. That is until now.

Katrina Gould, who, according to her IMDb page is an assistant director and second unit director, made an enlightening post on her Instagram page. Gould worked on 10 episodes of Lucifer Season 4. In a now deleted post, she shared a photo along with Tom Ellis. Her caption is especially informative. She gushes over working with Tom Ellis. She laments about the circumstances that are forcing them to stop production. But the silver lining? Next season. She hashtagged Season 6.

“Getting to work another season of Lucifer with @officialtomellis was a dream come true! It’s a bummer the world has gone crazy and we couldn’t end it the way it should’ve been ended, but there is always next season! 😉#lucifer #netflix #setlife #bts #henchwoman #season5 #season6 #bestcastever #love #devil #😈 #😷”

What is curious is that she posted how “we couldn’t end it the way it should’ve been ended,” which brings up more questions. Will they only use what has been filmed. Will there only be 15 episodes in Season 5? What is she lamenting? We don’t know…yet.

As TV Shows Ace reported one week ago, Lucifer is stopping all production of Season 5. This is not due to anyone in the cast or crew being exposed to the coronavirus. This is simply a precautionary measure, as the coronvirus is now a pandemic. Although they did complete filming episode 15, they still need to film the season finale. They also have to do post-production work on the entire Season 5.

Although Netflix has already announced that they will drop Lucifer Season 5 in two eight-episode parts, they have yet to announce when anything will come out. Many surmised that they planned on dropping the first eight episodes in May. This would be one year after Netflix dropped Season 4. Now, like everything in the world, we wait for things to calm down and the world to resume as normal. Thankfully, Netflix has all four seasons of Lucifer to stream while people self-quarantine.

Best of all, Lucifans have Season 6 to look forward to.