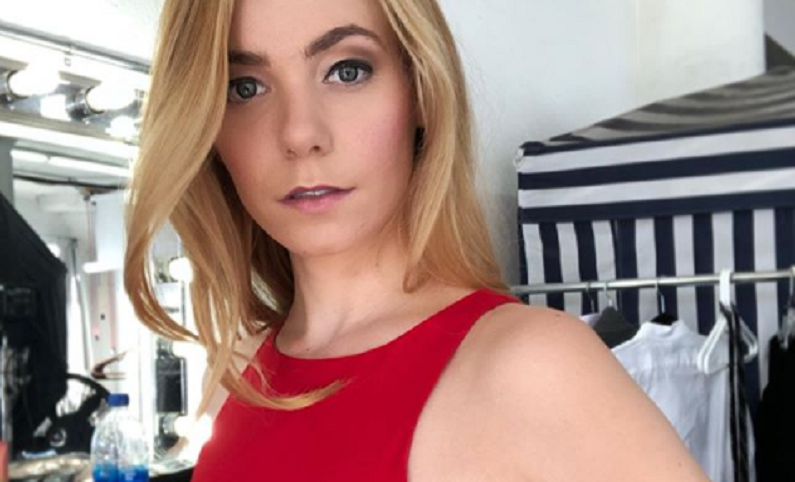 General Hospital star Chloe Lanier hasn’t been feeling well lately. This is a concern for her fans — especially amid the coronavirus pandemic. As the outbreak continues to impact Hollywood, the soap star revealed that she may have it.

Chloe isn’t the only one who feels this way. Her doctor feels that she could have the coronavirus, also known as COVID-19. But there is one problem. She can’t get tested. The actress gave her fans an update on social media.

As per Showbiz Cheat Sheet, Chloe Lanier gave fans an update on the status of her health. The actress plays Nelle Benson on General Hospital. She’s been open and honest about what she’s been going through lately. On her Instagram Story, Chloe revealed what her doctor told her.

“On Saturday, the first day of my quarantine, I developed a mild cough that eventually turned into a runny nose and fever,” Chloe wrote on her Instagram Story. “Aches/chills then made their way into the picture. Called my doctor. Had a skype with them and they said because I didn’t hit all the symptoms laid out by the CDC, they could not test me.”

Had the best birthday yet thanks to @kevan.mcclellan & all of you. Now what @leonardodicaprio movie should I watch tonight?

Chloe also experienced chest pains and shortness of breath. That’s when she went to the emergency room, but she refused a test because of her age. But her doctor thinks she has coronavirus because of her “age and overall health.” For now, the actress will continue to self-isolate.

The hospital staff told her there were few testes to go around. Chloe hopes that more tests will be available to everyone, especially for those who show the symptoms or feel that they have it. Her heart goes out to those who cannot get the test immediately. She thanked General Hospital fans for their support and advised everyone to practice social distancing during these scary times.

General Hospital and other soaps have shut down

Production on General Hospital was halted due to the coronavirus pandemic. The Bold and the Beautiful, Days of Our Lives, and The Young and the Restless also suspended production.

It’s unclear how long production will impact the soaps. It depends how long the pandemic lasts. There could be a chance that the show will run out of storylines and air reruns. The only one that’s exempt is Days of Our Lives since it films several months in advance. If the shutdown lasts longer than anticipated, then that soap could also air reruns.