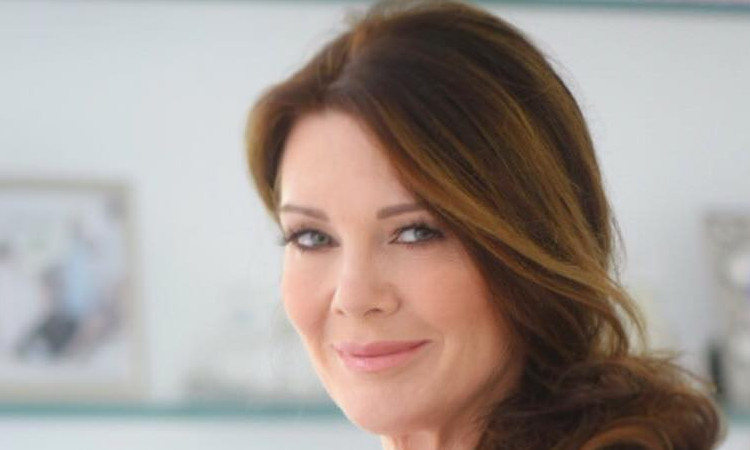 Vanderpump Rules star Lisa Vanderpump did not want to miss Jax Taylor’s wedding. More than that, she didn’t want his mother, Marie Cauchi, to miss it either. As fans know, Jax is not speaking to his mother after she kept the severity of his father’s illness from him and his sister. His father passed away in 2017.

Lisa has always had a soft spot for the VPR co-star and SUR bartender. Jax has gotten into all kinds of shenanigans over the years. From stealing SUR silverware to hooking up with former co-star Laura Leigh in the restaurant bathroom.

Jax has been suspended from SUR more times than we can count but unlike James Kennedy, Lisa never fires him. Part of that is because she feels maternal toward him, People reports.

In an appearance on Vanderpump Rules After Show, Lisa explained how she sees their relationship. She said,

After he lost his father, and I think because Jax’s relationship with his own mother was not in a good place … he looked to me as a kind of matriarchal figure in his life and somebody he’s turned to sometimes.”

Earlier this season on VPR, Lisa informed Jax and Brittany Cartwright that she wouldn’t be able to make their Kentucky wedding. Lisa’s mother died unexpectedly days before the nuptials. However, Lisa was able to fly back to the States for the wedding, courtesy of VPR newbie Randall Emmett’s private jet.

Jax Revealed That His Mom Tried to Scare Off Brittany

During the Season 7 reunion, Jax revealed he hadn’t spoken to his mom in a long time. Brittany begged his mom to reach out to her or Jax, but she never did. Jax recently revealed some surprising dirt about their estrangement, TV Shows Ace reports.

According to Jax, his mother tried to warn Brittany off from staying in a relationship with Jax. He believes too much was said for a reconciliation to happen anytime soon. Jax says,

There was so much hurt and a lot of things said, below the belt type of stuff — things that you can’t come back from.”

Jax said many times before the wedding that his mother was not invited. Still, his fans and co-stars hoped they could make amends before the wedding. Lisa, in particular, thought there would be regret on both sides if Jax’s mom wasn’t there.

Lisa revealed to Jax during the After Show that she considered contacting his mom until Brittany talked her out of it. She was hoping to relate to Jax’s mom “mother-to-mother” about how important Marie’s presence would be at the wedding.

Lisa wonders what else Jax’s mom will miss. As fans know, Jax and Brittany are eager to start a family. The VPR boss said it’s “very sad” that the children will miss out on a grandparent and vice versa.

Fans on Twitter Beg Jax to Reunite With His Mom, VPR Star Tells Them To Mind Their Biz

Jax’s Twitter followers agree with Lisa that the situation is sad. Every time it comes up on the show, fans bombard Jax with tweets encouraging him to reach out to his mom. However, Jax thinks people should mind their own business.

Everyone has family issues….everyone! Not one person in this world should ever tell another person how to act. Take care of each other and yourselves. ✝️💟

The VPR star does admit that his dad would want him to reach out to his mom. Jax says knowing that is the “only thing” that bothers him about not speaking to his mother.

Tell us in the comments if you think Jax should take the high road and reach out to his mother.