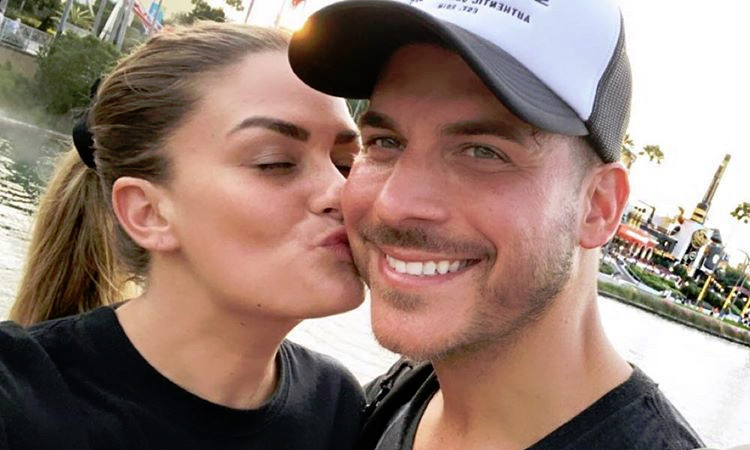 Vanderpump Rules fans finally got to see the long-awaited wedding of Jax Taylor and Brittany Cartwright on this week’s episode. VPR boss Lisa Vanderpump made the wedding last-minute, thanks to Randall Emmett’s generosity. However, one family member’s absence was widely noted: Jax’s mother, Marie Cauchi.

The Vanderpump Rules star lost his father, Ronald Cauchi, in late 2017. According to Jax, his mom knew his dad didn’t have much time left and didn’t tell him or his sister. However, he admits that she was following his father’s wishes.

During the VPR Season 7 reunion, Brittany Cartwright publicly pleaded with Jax’s mom to reach out to her son before their wedding. Jax appeared on the Vanderpump Rules, After Show and revealed she never called him to congratulate him on the wedding. He said,

“I still don’t talk to my mother so it’s almost like I lost both of my parents and I really needed my friends and my family there.”

While Jax’s dad couldn’t be there in person, he was there in spirit. TV Shows Ace reported days after the wedding in June 2019 that Jax reserved a seat just for his dad.

Jax walked down the aisle carrying a box containing his dad’s ashes. Jax’s father’s death was part of the reason why the VPR couple reconciled after a cheating scandal with a former SURver.

Jax shared some new information about what caused the rift with his mom. Aside from the stuff involving his father’s illness, he accuses her of interfering in his relationship with Brittany, Reality Blurb reports. According to Jax, his mom tried to warn Brittany to leave him. He said,

“Pulling my wife aside at my sister’s wedding and saying things to her [like] run away.”

Lisa Vanderpump appeared with Jax on the After Show. She revealed that she almost reached out to Jax’s mom to encourage her to contact her son.

Lisa admits that she would have regretted missing the wedding if she hadn’t been able to make it home from London. (Lisa’s own mother died days before Jax’s wedding and she flew home to England for the services.)

Jax Implies on Twitter That Money Played a Role in Estrangement

As VPR fans know, Jax loves to interact with his followers on Twitter. He often answers questions posed to him or elaborates on things that happen on-screen. The day after the wedding episode aired, Jax took to social media to clarify his family issues.

In one tweet, he suggested that his mom benefited monetarily by his father’s death. He also revealed that no one in his family speaks to his mother.

I am sure my mother is doing well, my father was set up pretty well, and she has no mortgage and owns her own business. None of my family speaks to her, so I am not sure. It’s a really rough and complicated situation. It didn’t go well at my sisters wedding (cont).

In typical Jax fashion, he spilled the beans that Lala and Randall’s wedding is canceled, TV Shows Ace reports. With Lala in a self-imposed quarantine, it was on Randall to confirm or deny the news.

The movie producer took to Instagram to share a Page Six story confirming the news. Due to the coronavirus crisis, the wedding will move from April to July.

Tell us in the comments if you side with Jax or think there’s more to his estrangement with his mom.