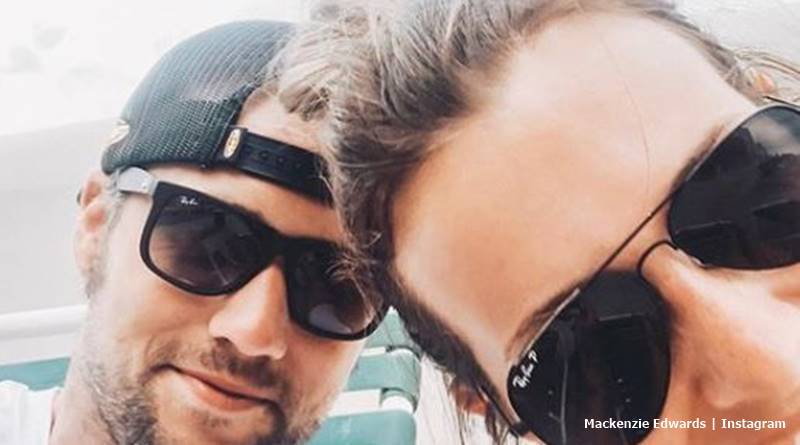 Teen Mom fans know that Mackenzie Edwards recently gave birth to pretty little Stella Rhea. The birth came in early January and fans saw pictures on Instagram by mid-month. It was never filmed for the show as it all happened so quickly. But, now she decided she’s just over making more babies and she already got her tubes tied.

Teen Mom star Mackenzie said ‘it’s a no from me’

TV Shows Ace reported that Ryan and Mackenzie posed for photos with their little girl. It’s not like they don’t want her and she noted that they fell in love with Stella already. But, it’s clear she didn’t want any more children. Taking to her Instagram in a Q&A, she told her fans she already got her tubes tied last month. Naturally, fans asked her if it hurt and how the recovery process went.

The Teen Mom star said that it wasn’t too bad. Actually, it’s a bit understandable she then went on to tell her fans it’s “a no from me,” on havin any more kids. After all, Ryan went inside and she looked after the kids while he completed his sentence. Ryan was previously jailed in January 2019 for probation violation of a past possession of heroin charge. He also faced a charge of theft when he failed to pay a bar tab. The theft charge was eventually dropped, InTouch Weekly reminds fans.

Often avoiding a social media presence, Mackenzie seems a bit more active these days. She took a lot of flack from fans over Ryan. Recall, he missed the birth of Jagger due to rehab for heroin abuse. In 2017, he received a citation for possession of heroin in 2017. However, it seems that Ryan makes an effort with staying sober and seems to be doing great, as Mackenzie keeps a close eye on him.

The Teen Mom couple bought their first Tennessee home last year for $309,900. Mackenzie is getting ready for the upcoming season of Teen Mom OG.  Mackenzie hopes that the new season shows positive moments of her family. In previous seasons, fans saw Ryan appeared drunk on his wedding day.

Mackenzie went from being a social-media shy personality to now opening up about all sorts of topics. She said that kids grow up and now she just hopes to enjoy them while they’re still little. The day approaches when they’ll become more serious and not jump all over the couch. She and Ryan won’t take the special moments with their kids for granted. So, the Teen Mom stars are focusing on living in the moment.

Welcome to the world sweet Stella! Stella Rhea Edwards came on her own time and surprised us New Years Day! What a way to start our year! We are so in love with her already 🖤 📸: @christancgeorge

What do you think about Mackenzie Edwards going ahead with tubal litigation and not wanting any more kids? Sound off your thoughts in the comments below.