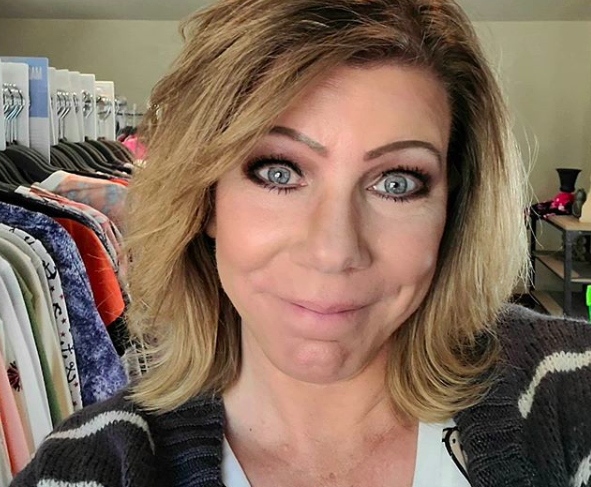 Based on the most recent season of Sister Wives, there is trouble in paradise. Fans are now suspecting that Meri Brown moved back to Las Vegas, and is no longer living with Kody Brown and the other three wives Janelle, Christine, and Robyn. Could she be living somewhere else?

Fans have started to notice a few people missing from Meri’s Instagram posts. She has not posted a photo with any of her sister wives, nor her husband since November 2019. Not a single photo in the last four months with any of her significant others is pretty wild, especially if they all supposedly live under one roof.

Let's take a picture, they said. No one will see our feet, they said. 🤦‍♀️🥴 Happy Thanksgiving from all of us to all of you! 🍗🥧🍷 #LivingMyWhy #BecauseICan #Thanksgiving #FamilyTime #Family

Even photos from Meri’s recent vacations leave out her family and seem to only feature her. Maybe she just enjoys the freedom of a good solo trip, or she’s having a re-awakening and is living life for Meri! Sister Wives fans think it must be tough to focus on living for yourself when you’ve got three other women to share everything with. Now, Instagram is not the only clue leading fans to think Meri has left her family.

Meri Reveals She is Currently in Vegas

During a recent conversation in the comments of an Instagram post, Meri revealed her current location. She posted about her LuLaRoe items for sale, because a woman’s got to work. Then, she mentioned that everything in Las Vegas was shut down due to the coronavirus outbreak.

Fans immediately noticed this as Meri doesn’t live in Vegas anymore. Or at least that’s how Sister Wives and the Brown family make it seem. She could just be visiting, but fans point out that she has her entire LuLaRoe stock with her. The fact that she’s working in Vegas makes some followers believe she lives there and not back in Flagstaff with the rest of the Browns. Anyone else thinking Meri’s Instagram looks like a woman spreading her independence wings? Fans were also quick to notice the shorter hair since that last family post from November.

Meri and Kody Don’t Always Get Along

Meri and Kody never really re-connected since she was catfished back in 2015. Since then, the Sisters Wives pair went to a family therapist, but it didn’t change much. After all, Meri is no longer legally tied to Kody. Is she finally walking away entirely from the Brown family?

Be sure to check back with TV Shows Ace for all the latest Sister Wives news!