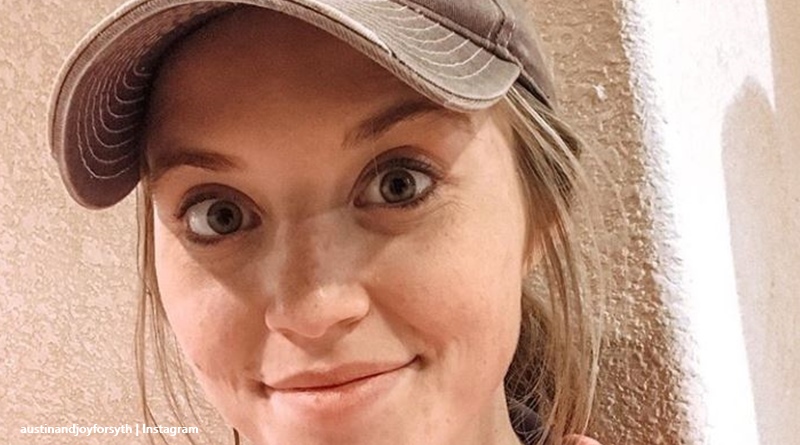 Trolls were quick to react to Joy-Anna Duggar Forsyth’s pregnancy confirmation on Instagram.

Just half an hour ago, Joy-Anna Duggar Forsyth took to Instagram to confirm she and Austin are pregnant. As Tv Shows Ace has reported on numerous occasions, this is something Duggar fans have suspected for a while. Fans became suspicious when they noticed Joy-Anna wasn’t showing her midriff in any of her social media snaps. Turns out, they were right to be suspicious. Joy-Anna Duggar Forsyth and her husband Austin are pregnant.

While news of the pregnancy just broke, the Duggar family is always under a heavy spotlight. So, it didn’t take long before people started to react to the pregnancy. In fact, a Duggar Snark thread appeared on Reddit roughly 10 minutes after Joy-Anna made the announcement on Instagram.

Trolls were out in full swing as they responded to the announcement.

“Who called it?” The originally poster of the thread asked in the headline. Another individual quickly chimed in sharing all the details of the pregnancy. The individual noted they shared the info for all the “Duggar Snarks” that didn’t want to watch the video.

Some were quick to thank the individual as a hero for saving them the trouble of watching it. One noted they were grateful because they had a hard time understanding anything Joy-Anna says.

“I can’t understand her half the time since she talks like she has marbles in her mouth,” the Reddit user explained.

Here’s what other Duggar trolls had to say about the pregnancy news:

In a thread on a Duggar Facebook group, one follower took issue with Joy-Anna announcing that both she and Austin are pregnant. The troll slammed Joy clarifying that Austin “isn’t f**king pregnant.”

Going in a completely different direction, some trolls took issue with Joy-Anna’s lack of shoes in the photo.

“Do Duggar women ever wear shoes? Almost every pic is barefoot or flip flops! Seeing as the are aways preggo they are all gonna have major fallen arches! Besides all this modesty stuff, has no one told them about the foot fetish🤔”

Some individuals even noted how scary it must be to be pregnant right now with the coronavirus spreading across the world. Others, however, were quick to shut this conversation down. They noted the Duggar family felt they were “untouchable” by the virus because of how differently they live their lives.

Pregnancy support among the criticism for Joy-Anna Forsyth swirled.

Refreshingly for Duggar fans, there was a fair amount of support mixed in with the criticism among the troll chatter regarding the pregnancy. Many trolls praised Joy-Anna Duggar Forsyth for waiting as long as she did to get pregnant.

Doing the math, many suspect Joy-Anna healed for roughly five months before getting pregnant. Both trolls and fans alike seem to wish her the best as far as the health of herself and her unborn child is concerned.

What do you think about how trolls reacted to Joy-Anna Duggar Forsyth’s pregnancy confirmation? Sound off in the comments down below.

Whitney Way Thore Tired, Exhausted, & Annoyed By It All
WOAH!! Jill Dillard Gearing Up To Infuriate Jim Bob Duggar?!
Molly? Tori? Who The Heck Is Pushing Lilah Roloff At The Zoo?!
Chase Chrisley Has Baby Fever, Todd Quickly Shuts It Down
‘MBFFL’ Fans STUNNED By Whitney’s New Man, Accuse Her Of ‘Hiring’ Boyfriends