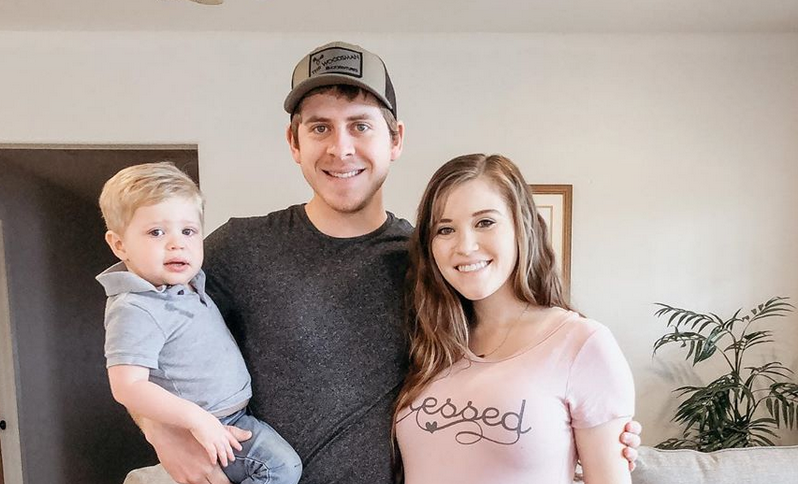 On Wednesday, March 18, Joy-Anna Duggar Forsyth revealed that she’s expecting another baby! On Instagram, the Duggar daughter wrote, “Yes… it’s true! @austin4site and I are PREGNANT again! It’s been quite the crazy journey these last few months, but we are so thankful that mom and baby are healthy!” Their baby will arrive in early August.

The picture they shared features Joy-Anna, her husband Austin, and their two-year-old son. Joy-Anna’s showing off her growing baby bump. In their caption, they tell their followers they’ll be revealing more news soon.

The couple also shared a YouTube video about the big announcement, which they directed their followers too. It turns out that they shared the exciting news at the Duggar family Christmas. This was back in December, so Joy-Anna has been hiding her pregnancy for a while now. The whole family seemed overjoyed to hear the exciting news.

Along with sharing the big news that they’re expecting, Joy-Anna and Austin shared their baby’s gender. It’s a girl!

Duggar fans may remember that Joy-Anna had a tragic loss at 20 weeks gestation. She went in to find out the baby’s gender, but there was no heartbeat. They named the baby Annabell Elise. This was last summer. Fans have been waiting for another pregnancy announcement from Joy-Anna, but they knew how heartbreaking this loss was for her.

In a recent YouTube Q&A, Joy-Anna and Austin talked about how difficult the loss was for them. They said that it had been a long eight months since the loss. Joy-Anna previously said that she wanted to heal before getting pregnant again. But, they did reveal that they did want more kids. Fans just didn’t know that Joy-Anna was actually pregnant when she filmed and released the video. When the video came out, there was some speculation that Joy-Anna was pregnant. But, nobody knew for sure, of course.

Many fans believe that Joy-Anna was waiting to make the announcement until she reached 20 weeks. She likely wanted to be cautious after her first loss.

Duggar fans are so excited for Joy-Anna, Austin, and Gideon. Many of their followers are commenting on their Instagram post and wishing them well on this pregnancy. Joy-Anna’s best friend Carlin Bates wrote, “Best news everrrr!!!! 😆😆 CONGRATULATIONS!!!🤩 Can’t wait to meet this little one 💓“. There are lots of other comments on Joy-Anna’s post congratulating her. Fans are saying how happy they are for the family.

What do you think of Joy-Anna’s pregnancy news? Are you excited for the family? Share your thoughts below.