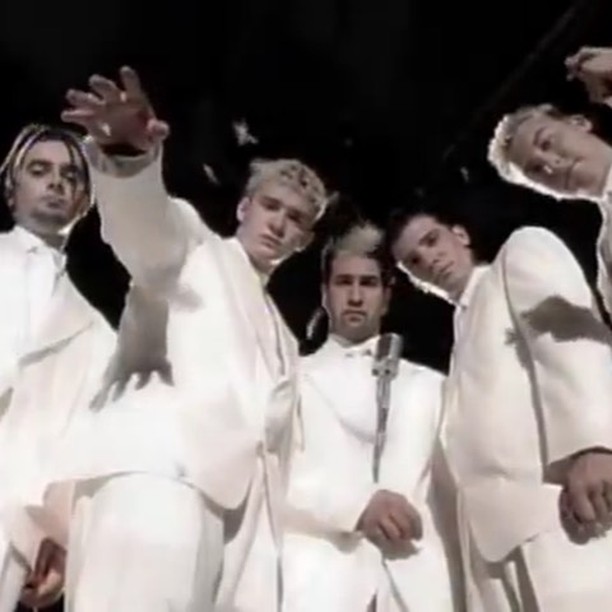 With all the negative news, can 90’s boyband fans rejoice as Yahoo! Entertainment reports of an *NSYNC reunion? Will 2020 be the year of our beloved 90’s entertainment? Read about the Friends reunion here.

This is for the fans ❤️

According to their IMDb, the band formed in 1995. The members, Justin Timberlake, J.C. Chasez, Chris Kirkpatrick, Joey Fatone, and Lance Bass, had notable success throughout the late 90s and early 2000s.

In 2002, the group announced that they were taking an indefinite hiatus. During this time, Justin Timberlake went on to start his solo career.  Some people speculated that this was the end of the band. However, let us note that JC Chasez released a solo album, Schizophrenic, in 2004.  Unfortunately, Lance Bass confirmed in 2007 that *NSYNC was not getting back together.

Or Are They? The Two Wildcards

In the Yahoo! Entertainment article posted March 16, 2020, fans ask Lance Bass two questions on “The Daily Popcast With Lance Bass.” What does Justin Timberlake think about an *NSYNC reunion? And would JC Chasez consider taking the group on the road without him?

A reunion would be an exciting way to mark the 20th anniversary of the release of “No Strings Attached.” Bass plans to interview each of his former bandmates. Between the two “wildcard” members of *NSYNC, Bass says the following about interviewing Justin Timberlake, “He’s the only [bandmate] I haven’t interviewed before, so I’m super excited to delve into what his life’s like now, talk about ‘No Strings Attached’ and that era, ask what [solo] transition was like and get his opinions on the future of *NSYNC.”

Bass also says of the other “wildcard” bandmate, JC Chasez, “JC’s the hardest to nail down and more mysterious, so it was interesting to get into his head. You’ll definitely hear his opinion on the reunion and if it’ll happen.”

Ultimately, Bass told Variety, “No plans have been made. If there will even be plans, who knows?… I think if we did anything, it would be for the fun of it – the world needs something fun to listen to, and I think we could bring some positivity to it. That’s what we need right now. It could be something simple to test it out, and if it works, it works, and if it doesn’t, it doesn’t.”

Time will only tell if boyband fans will get an *NSYNC reunion.