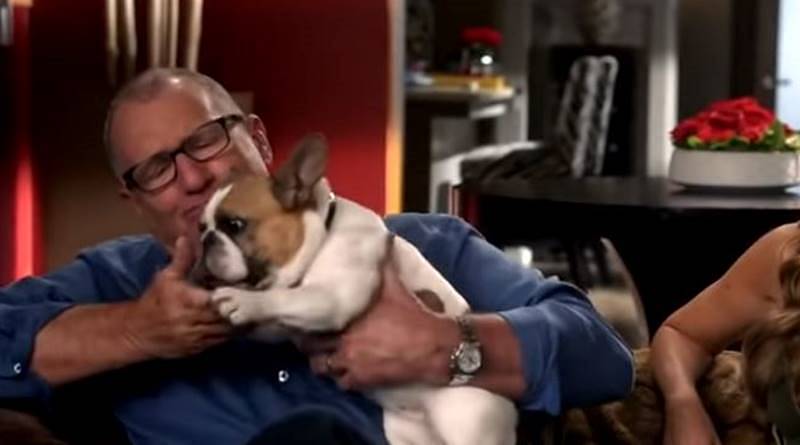 Modern Family brought good news just over a month ago. In January, Jesse Tyler Ferguson announced he and his husband, Justin Mikita, expect a baby. But six weeks on, the sad news emerges that the Frenchie dog named Stella died. Stella, a.k.a Beatrice played an important role on the show.

Modern Family sad news after good as the Frenchie passed away

TV Shows Ace reported that back in January, Tyler Ferguson seemed ecstatic to announce their baby’s on the way. Justin and Tyler seemed so very happy together since they married. And, a child for them, seemed like the icing on the top. But the sad news that came out after the weekend is that everyone’s favorite doggie in the cast died. People reminded readers that the little Frenchie bulldog worked out of  “the Good Dog Animals agency.”

They remind readers that for Ed O’Neil who plays the role of Jay Pritchett, the relationship between the human and dog was especially close. He loved giving her “popcorn” treats. The owners of the dog even liked that he’d arrange an umbrella when shooting in the hot sun. Plus, on the set Stella even had a personalized little trailer. So excited as a part of all the activity going on in Modern Family, she sat in her little crate in between her scenes.

Lovely little pooch will be missed

Stella (Beatrice) arrived on the show in season 4. TMZ reminds fans of the show that seven years ago, after a hiatus sorting out contracts, the previous dog got “fired.” The new Stella took to the role with aplomb. The amusing little dog will probably always be missed as her playful character meant the crew enjoyed her company. Described as “part of the family,” it’s never easy losing a work colleague and friend.

When Good Morning America reported on YouTube about the death of Beatrice, aka Stella, many people commented on the sad news. One follower noted, “She made it through the series finale—a true actress! RIP Stella, such a cutie.” Then a Modern Family fan wrote, “RIP precious, you did such a good job as Stella and you will forever be missed and loved by us all.”

Meanwhile, on Twitter, Jesse Tyler Ferguson, (Mitchell Pritchett) shared his feelings for Stalla (Beatrice). He noted, “Rest In Peace sweet Beatrice. We love you so much.” At this time it’s not clear how Stella passed away. No doubt, fans of the show will remember her for years to come.

Remember to check back with TV Shows Ace often for more news about the cast of Modern Family.

Amelia Hamlin Goes Braless, Says She’s ‘Trying To Blend In’
‘Y&R Spoilers : Who Kidnapped Mariah Copeland And Where Is She?
‘My Feet Are Killing Me’ Season 3: Release Date, What We Know
Kaitlyn Bristowe Is ‘Lonely, Emotional’ & Here’s Why
‘Grand Tour’ Star Jeremy Clarkson Coming Back For ‘Clarkson’s Farm’ Season 2