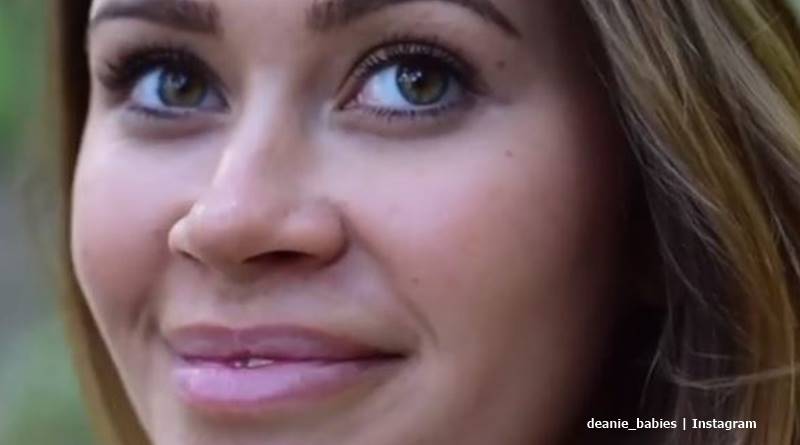 BIP stars Dean Unglert and Caelynn Miller Keyes are in the media for all the right reasons these days. They fostered and then adopted the elderly dog Pappy. Plus, news came out that they held a commitment ceremony in Europe. Now, Dean shared a photo of Caelynn tackling her fear of heights. Afterward, Caelynn suggested next comes “skydiving.” But, probably she just joked about that.

For a long time, many fans wondered if Caelynn would fit into Dean’s lifestyle. He spends a great deal of his time in his RV. Nowadays, that often includes the company of Pappy the dog they adopted. And, it looks like Caelynn also enjoys the lifestyle these days. Now, not married, but at least committed to each other, she often features in Dean’s Instagram posts.

Dean and Caelynn pretty much self-isolate to a large extent as they spend so much time away from crowded cities. The Coronavirus outbreak possibly sees them in a very safe environment exploring the natural world. Right now, Dean says they’re making their way along the Oregon coast.  The BIP couple saw many places in the last six months or so, as shown on Dean’s Blog.

a week ago @caelynnmillerkeyes shocked the world by hiking 10 miles into havasupai falls so i thought the best way to celebrate her achievement was by making this video. the booking process can be challenging and what to pack was confusing -so we wrote about our (separate) experiences on deaniebabies.com! click the link in my bio to check it out if you’re thinking about making the trip yourself!

Caelynn faces her fear of heights – skydiving next

On Dean’s Instagram on Monday, he shared a photo and a clip of Caelynn carefully navigating her way along a rocky clifftop. He captioned it with, “encouraging @caelynnmillerkeyes to conquer her fear of heights. one tall, scary cliff at a time.” Well, obviously a bit wary of it, she made her way along very carefully. Some fans thought that was a very good thing. One follower noted with concern, “Be careful a lady died in this area last year on a cliff.”

Further down the in comments, Caelynn also commented. The BIP star wrote, “Next up, skydiving 🪂.” But it seems she only joked, as even Dean didn’t really believe her. He replied with, “@caelynnmillerkeyes lolol yeah, we’ll see.” Nevertheless, many fans think she’s brave facing her fear of heights. Psycom notes that “acrophobia, or fear of heights, [is] an anxiety disorder affecting some 5% of the population.”

encouraging @caelynnmillerkeyes to conquer her fear of heights. one tall, scary cliff at a time.

The website also notes that one of the ways to try and deal with it is to actually experience “exposure to heights.” However, it might be a bit easier to cope with doing it via Virtual Reality. Judging from the comments on the post, many BIP fans also suffer some anxiety at the thought of exposure to heights.

What do you think about Bachelor In Paradise star, Caelynn battling her fear of heights and considering skydiving? Do you think she just joked about it? Sound off your thoughts in the comments below.