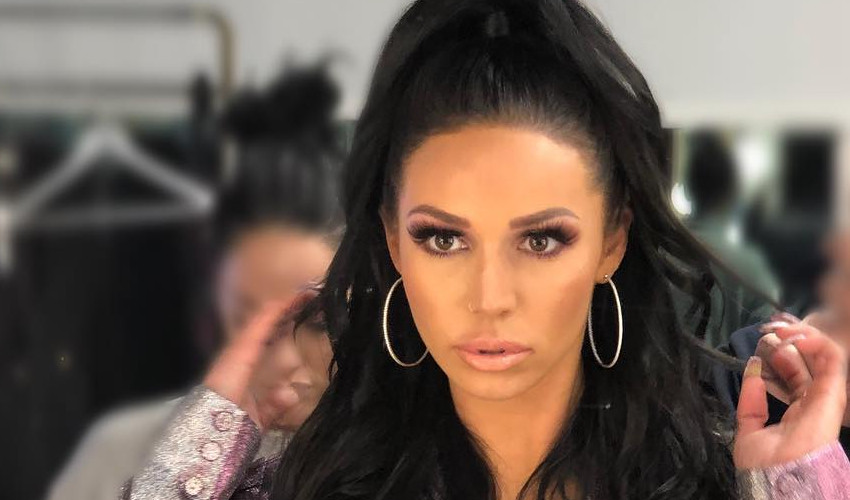 Vanderpump Rules star Scheana Shay caused quite the stir on Twitter over the weekend. Many states are encouraging residents to stay home and self-quarantine. Alone. Scheana had another idea.

The skirmish with her Twitter followers began when the SURver posted an open invite for her local friends to come hang out. She wrote, “…Come join me for a Palm Springs quarantine.”

Any of my friends working from home this week should come join me for a Palm Springs quarantine! 🌴😷

The derisive comments came in fast and furious. One fan pointed out, “That’s not a quarantine.”

Many Twitter users called Scheana “stupid” for her comments. Or otherwise questioned her intelligence.

Too bad Scheana is not smart enough to understand this concept, lol 😂

It got to the point where the Good as Gold singer called out her followers for being hypocrites if they weren’t currently home alone.

I truly hope each and every one of you tweeting me that I’m stupid for having people at my house are all home alone and not making contact with any people for the rest of the month. Don’t be a hypocrite.

Scheana eventually saw the error of her ways and offered a half-hearted apology.

For those who expressed concern or viewed my remarks as insensitive, I had just returned from a work trip and wasn’t fully updated on the pandemic. I now understand the severity of our current predicament. Please stay safe, and wash your damn hands! 😷 pic.twitter.com/8VVEgDqMkW

Scheana’s Vanderpump Rules co-star, Jax Taylor, doesn’t mind staying home alone. He joked on Twitter that he has plans to smoke “a lot of weed” during the coronavirus crisis. While everyone else is stocking up on toilet paper, Jax cracked wise about panic-buying food for munchies the weed will give him.

If panic buy means buying a lot of food because I knew I would be home smoking a lot of weed, then yes I am guilty. Being high with no delicious food is a disaster. #planahead

In other food-related news, Jax dropped a hint that Brittany Cartwright will soon join some of her VPR co-stars as a published author.

After sharing a video unveiling her twice baked macaroni, a fan asked for the recipe. Jax replied that “it will be in her cookbook.” He didn’t give any other information, but advised fans to stay tuned.

Some restaurants are allowed to remain open for deliveries and takeout orders, at least for now. However, the backdrop of VPR, Lisa’s West Hollywood restaurant SUR is closing down. The official SUR Instagram advises patrons that, effective immediately, they are shuttered until at least March 31.

Vanderpump Rules Season 8 airs Tuesdays on Bravo. Season 1-7 are available on Hulu to binge during a self-imposed quarantine.

The Mystery Behind Erika Jayne’s Mascara-Stained Tears
Brush Up On Brendan Morais Before ‘Bachelor In Paradise’
Matt Roloff Shuts Down Accusations Of Being Rich, What’s His Net Worth?
‘My Big Fat Fabulous Life’ Season 9: Air Date, What We Know
‘General Hospital’ Spoilers: Is A Maxie Recast On The Way?