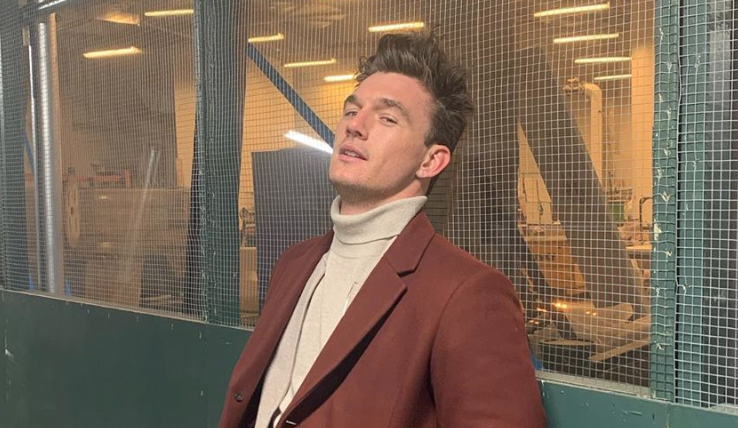 Tyler Cameron has been a hot item since his exit from The Bachelorette last season. Now, there’s a list of all the women he has been with. Will Hannah Ann be added someday?

Tyler Cameron had a pretty intense relationship with Hannah Brown during her season of The Bachelorette. In fact, he was her runner up behind Jed. After things didn’t work out with Jed, Hannah actually asked Tyler out again. While they were seen together once after that, their relationship didn’t seem to take off. Tyler ended up dating a few other girls though US Weekly says.

Of course, everyone knows that Tyler dated Gigi Hadid. This happened just after his date with Hannah B. and made everyone realize that maybe he and Hannah weren’t going to work out. Tyler and Gigi were pretty serious however the two ended things in October. However, they both say that they are still friends.

Last week in Paris- so lucky to wear my favorite piece from the @chanelofficial spring 2020 couture collection to celebrate @glendabailey & the opening of the @harpersbazaarus exhibition ‘Harper’s Bazaar: First in Fashion’ at the Museé des Art Décoratifs 🤍

Kristina was another Bachelor Nation alumni. Most recently, she was on Bachelor in Paradise. fans thought the two were dating when they were spotted out together, however, later Kristina denied that saying you can’t go anywhere with anyone from Bachelor Nation without them thinking you are dating.

Stassie and Tyler reportedly got together in November of last year.

“They are keeping things casual, but Tyler really likes Stassie,” a source said about the couple. “And he thinks she’s gorgeous. … He wants to continue seeing her and see where it goes.”

Most recently though, Tyler has been going through some struggle with the passing of his mom. Hannah Brown has actually been seen out and about with him. It could be that she is just reassuring him and being with him during this time. However, could this lead to more? The did have a huge start during her season of The Bachelorette.

Hannah Brown isn’t the only Hannah into Tyler though. Hannah Ann also revealed on an episode of Ellen that she has eyes for Tyler. They would honestly be so cute, but only time will tell if anything actually comes of that.

Next season of the show

As for the next season of the show, filming has been put on pause due to the Corona Virus. The station hasn’t yet revealed when the season will end yet. They will likely have to see how quickly they can begin filming again. Hopefully, in this time, Clare doesn’t back out or find love naturally. Then, they would have to find a whole new Bachelorette.

Are you excited for the next season of The Bachelorette? Let us know your thoughts in the comments below.