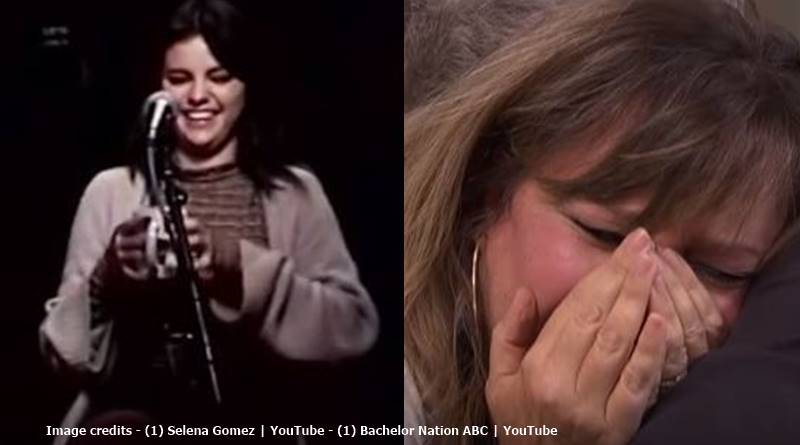 The Bachelor fans heard that the day Madison and Peter Weber split, Madison went out shopping with Selena Gomez. They brought in board games and later, they and friends enjoyed playing them. It looked like a fun way for Madison to relax with friends after the drama of the show. Now, Peter’s mom, Barb invited Selena for a game night, a network reported. But did she really?

TV Shows Ace reported that Madison spent the night playing board games with Selena and friends. And, from the pics shared, she enjoyed herself. At least she called on friends after the break-up between her and Peter Weber. Recall that during the show, Peter’s mom let the entire world know she can’t stand Madison. Many fans speculated that their break-up a few days later, could be due to Barb’s stand against Madison.

Good Morning America noted that nobody knows how Madison and Selena met or became friends. (Actually, most fans know where they met). The title of the video that GMA posted on their TV show and on YouTube said, “Mom of ‘The Bachelor’ Peter Weber invites Selena Gomez over for game night | GMA.” Well, the first thought that springs to mind: if Barb and Selena get together, what common ground might they find? If they get together for a games night, presumably, nobody’s gonna talk about Madison.

As interest in the show remains rather high, naturally many fans went and watched the GMA video. But, they only mentioned that Selena and Madison got together for a game night. Rewatching it for something missed, nothing about Barb and games got mentioned. And, anyway, probably everyone in the Bachelor Nation knows about Madison and Selena’s night playing games already.

It seems that someone at GMA made a title error. As it’s misleading and bordering on fake news, some The Bachelor fans complained in the comments on YouTube. Here’s what some of them said:

Many other people picked up that the title was way off the real story. As many of The Bachelor fans called for a title correction, we screenshot it below.

What do you think about the news title saying that The Bachelor‘s mom invited Selena Gomez over for a games night? Do you think it’s clickbait or just an error someone made in the studio? Sound off your thoughts in the comments below.

‘You, Me, And My Ex’ Alex Hines STILL Defending Relationship With Caroline
Double Lock Your Doors & Watch Lifetime’s ‘Next Door Nightmare’
Chris Harrison Responds To Matt James, Rachael Kirkconnell Dating, Plus Is He Watching Katie?
Joy-Anna Forsyth Pregnant?! Another Duggar Baby On The Way?
Lifetime’s Thriller ‘Murder On Maple Drive’ Is About ‘Murder House’