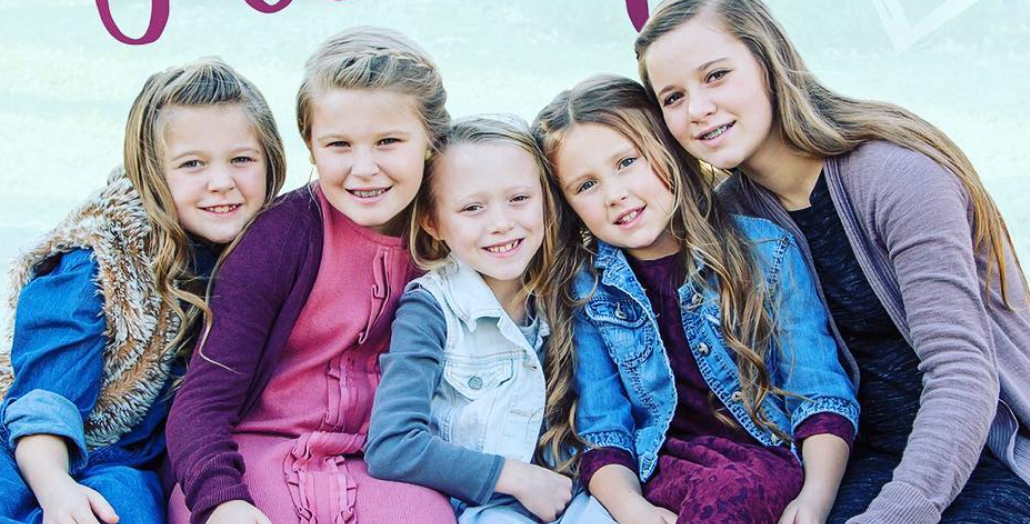 Over the weekend, Anna Duggar took to Instagram to share an adorable picture! In the photo, her 10-year-old daughter Mackynzie is twinning with her aunt Josie. Anna writes, “Born 2 months apart, these girls do a lot together!” Anna adds that Mackynzie loves having an aunt her age. In the photo she shared, the two girls are standing side-by-side in front of a door, likely on a porch.

Several of Anna’s followers wanted to know where the girls’ dresses are from. Anna revealed that they are from Matilda Jane, but she found them secondhand. The moms in the family often head to their local Rhea Lana consignment sale. This is a huge kids’ consignment sale where they can stock up on secondhand kids’ clothes. The Duggar family is big on thrifting and they love to save money. So, this sale is a good deal for them. Some of the moms even head to the sale and shop together. It seems pretty lucky that Anna was able to find the same dress in the same size for both girls.

Duggar fans are loving this new picture of the girls. Often, on social media, the Duggars post lots of pictures of the little kids in each family. After all, they’re constantly growing, learning, and changing. But, fans like to see pictures of any of the kids, even if they’re older. One fan commented on the special connection that Josie and Mackynzie have, saying, “The 1st grandchild and the last child!! Their bond will last forever!! ❤❤”

Other fans commented on how adorable the girls look in their matching dresses. And, they think the girls look like the best of friends. One said, “They are so cute! Blessings to you both little ladies! 💕”

A few fans commented on how quickly the girls seem to be growing up. They remember seeing Josie’s birth on TLC many years ago. She was born prematurely, and the episodes were very memorable to some longtime fans.

Is Josie or Mackynzie Duggar older?

In Anna’s post, she reveals that Josie is younger than Mackynzie by two months. Mackynzie’s birthday is October 8, 2009. Then, Josie was born on December 10, 2009. Since the girls are so close in age, they really enjoy each other’s company. Anna shares pictures of them together often, as do Michelle and Jim Bob.

Jordyn-Grace was born on December 18, 2008, and Jennifer was born on August 2, 2007. At one point, Mackynzie, Jordyn-Grace, and Josie were all 10 years old. The girls are close in age and love hanging out together.

What do you think of the girls’ matching dresses? Share your thoughts below.

‘The Bold And The Beautiful’ Spoilers: Hope Confronts Liam
How Religion Kept Colton Underwood In The Closet
Multiple Shots Fired During ‘The Rookie’ Filming: Was Anyone Hurt?
‘Blended Bunch’: Erica & Spencer Shemwell Forcing Last Name Change On Kids?
‘My 600-Lb Life’ Update on Sarah Neely: Where is She Now?