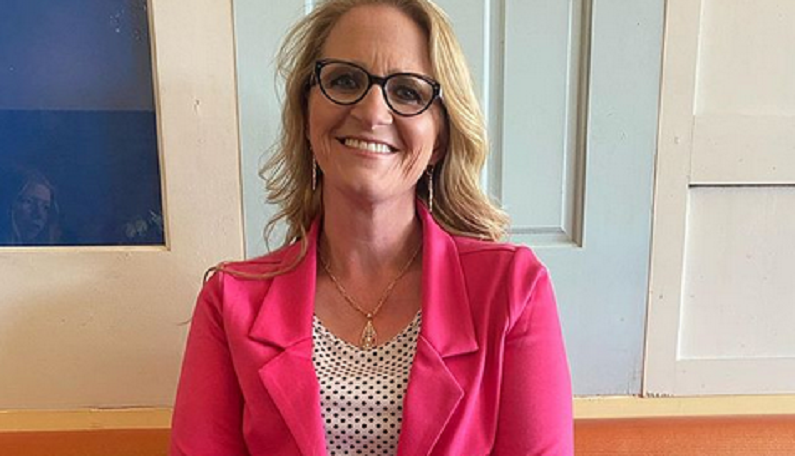 Sister Wives star Christine Brown admits that she doesn’t feel the same way she used to about her fellow wives. Kody Brown wanted to have his entire family under the same roof in Flagstaff, Arizona, but not everyone agreed with him. Christine Brown didn’t even want to reconsider the idea.

Now, a clip from the first season of TLC’s Sister Wives went viral on Reddit, and other social media platforms. Fans are wondering when Christine’s original stance on wanting a big house changed. Since the show is in its fourteenth season, a lot has changed since then. It’s clear that Christine’s relationship with Kody and her sister wives have changed as well.

Sister Wives Season 14 has been about Kody’s digital blueprint plans for the big house which would fit his four wives and their children. He revealed that the new home would be built on Coyote Pass in Arizona. Since each of his wives had their own homes in a cul-de-sac in Las Vegas, Kody came up with a “polygamist dream” of having the whole family together again.

He was so excited about his plans that he shared them on Christmas Eve. Christine refused to hear any of it. She admitted that she would no longer be affectionate with Kody if another wife happened to walk in on them. The Sister Wives star revealed that she liked living in her own home because she felt more in control over her “own domain.” TV Shows Ace previously reported that she has become a better housewife and mother for it.

Following Kody’s marriage to his fourth wife, Robyn, on the first season of Sister Wives, Christine had a different idea of their future. TLC producers asked each of the wives what she saw for the future of the Brown family. Kody’s second wife, Janelle, said she hopes they could successfully co-parent and raise their children together.

But it was Christine’s response that shocked fans the most, as reported by Showbiz Cheat Sheet. She revealed that she wanted everyone to live in a “big, big house” where everyone could be under the same roof. Christine’s original idea sounded a lot like Kody’s big house plans. A lot has changed since 2010. Sister Wives fans are wondering what caused Christine to change her mind since. It’s clear that her relationship with Kody has changed since then.

Meri and Kody’s relationship was also different during that time. Kody has since revealed that he and his first wife no longer have a “romantic relationship.” The married couple is estranged and don’t even spend nights alone together. Meri has also become the outcast of the family.

But in the first season, Meri and Robyn seemed especially close. She even shared some tender and intimate moments with Kody. She was especially supportive of Kody’s wedding to Robyn. It was a beautiful moment among Kody and his wives. That’s not the case now, especially since Season 14 is the most dramatic one yet.

What are your thoughts? Are you surprised to learn that Christine Brown’s stance has changed on the idea of a big house? Sound off below in the comments section.

Don’t forget to check back with TV Shows Ace for the latest news on Sister Wives.