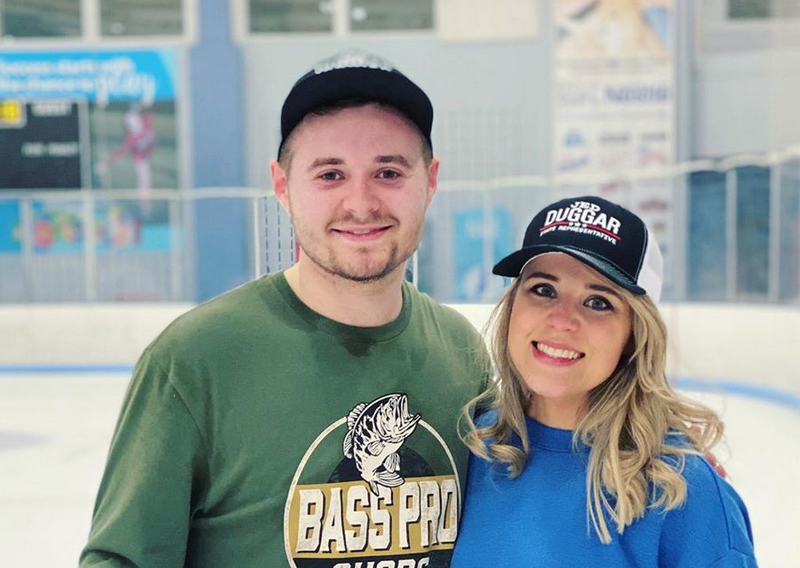 Jedidiah Duggar is currently running for state representative in Arkansas. He announced this back in November 2019, which is shortly after he joined Instagram. Jed joining Instagram first made fans think he was in a courtship, as that’s when the kids typically start using social media. But, as it turns out, he’s using it mostly to promote himself. He posts photos about his campaign and the ways he’s helping out in the community. For one, he helped out with the Special Olympics. And, at this point, there hasn’t been a courtship announcement.

In addition to his Instagram pictures, Jed has several pictures of himself on his campaign website. One of these photos, in particular, gained some attention.

On Jed’s campaign site, he has included a picture of himself sitting at a desk with a set of checkers in the background. On top of the desk is a toy car. The background also features a sofa and a car parked outdoors. Jed has his hands folded on a short stack of papers. It’s unclear exactly where the photo was taken. Based on the business card on the desk, it looks like it could be at a car lot he or his family owns. Several men in his family have owned their own car lots.

Jed is slammed over the photo

Jed didn’t receive a positive response over this photo on Reddit. There are some concerns over it because he doesn’t necessarily look professional. His followers know he’s pretty young to be running for office at just 21 years old. One user wrote, “Love how is ‘office’ is just a table in the kitchen with random things thrown on it.”

Another user added, “This picture is not very well put together. Unprofessional.” Someone else commented, “Homeboy looks like a kid taking a school picture for student council.” So, overall, it seems that people think his picture isn’t professional-looking.

What do Duggar fans think about Jed running for office?

This picture, in particular, is what led to fans saying that Jed is not professional. But, there have been ongoing concerns about his maturity and his responsibility. Jed recently turned 21 and has very little experience in politics. This isn’t to say that he couldn’t do a good job if he was elected.

But, some of his social media followers have expressed concerns about his age and experience. On Reddit, one user wrote, “It’s so cringy when babies with no life experience try to get into politics.”

Of course, Jed is receiving some support from his followers. Some Duggar fans love that he’s running for office and they agree with his values. He wrote on social media, “I’m a Conservative. Pro-Life. Pro Second Amendment. Pro Religious Liberty. Combat the Opioid Crisis. Lower Taxes. More Jobs & Growth. Strong Economy.”

What do you think of this picture of Jedidiah? Does he look professional enough, or does he look too young? Share your thoughts below.