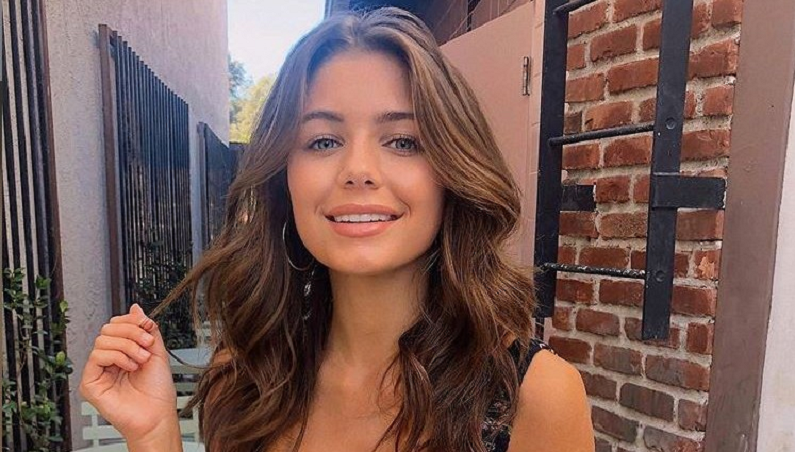 Hannah Ann Sluss had an interesting week. She appeared on The Bachelor: After the Finale Rose where she vocally eviscerated Peter Weber. Hannah Ann received support from most of Bachelor Nation and big-name celebrities, as reported by TV Shows Ace. Since then, she’s been trying to move on from their split.

Hannah Ann admits that it has been difficult. She’s been trying to adapt to a new life in Los Angeles. Of course, she’s embarking on her new life in the middle of the coronavirus outbreak which makes it even more difficult. Even though it’s been hard, she has found a new friend from Bachelor Nation.

“So it’s my first day in L.A. and I decided to wear a white dress and it’s raining and it never rains in L.A.,” Hannah Ann said. “I am at the grocery store right now because I’m afraid we’re gonna get quarantined in our houses in my new apartment, all by myself, without any food.”

The model even addressed her rough week. She referenced to her broken engagement from Peter during The Bachelor finale on Tuesday, March 10. While Hannah Ann has “had a week,” she’s making the most of it.

“This has just not been my week let me just tell you that,” she continued. “But we’re gonna make it good. I’m gonna make sure that I have some wine and some peanut butter.”

Hannah then panned the camera to show her followers the empty store shelves. She couldn’t comprehend the chaos that has gripped the world. She’s still coming to terms of her split with Peter.

As per E! News, Hannah Ann knows what’s good for her and that’s a girls’ night out. She seems to be adjusting well to her new life in L.A. After her dramatic breakup with Peter, the 23-year-old is still living life. On Friday night, March 13, she was photographed with Bachelor Nation’s Hannah Godwin. The two were spotted leaving Craig’s Restaurant in West Hollywood.

Both Hannahs walked arm-in-arm with big smiles on their faces. Hannah Ann had that post-breakup glow. She wore a denim jumpsuit during their outing. Meanwhile, Hannah Godwin wore a black crop top with ripped jeans. Also, there was Godwin’s fiancé Dylan Barbour at the restaurant, who also kept his look casual.

Hannah Ann is making it clear that she’s moving on. She previously revealed on The Ellen DeGeneres Show that she tried to seek closure with Peter on After the Final Rose. Peter said that Hannah Ann “set an example for women everywhere” via Instagram on Thursday. Meanwhile, Bachelor Nation applauded her for standing up for herself on The Bachelor finale.

What are your thoughts? Do you agree that Hannah Ann Sluss’ week has been a crazy one? Sound off below in the comments section.