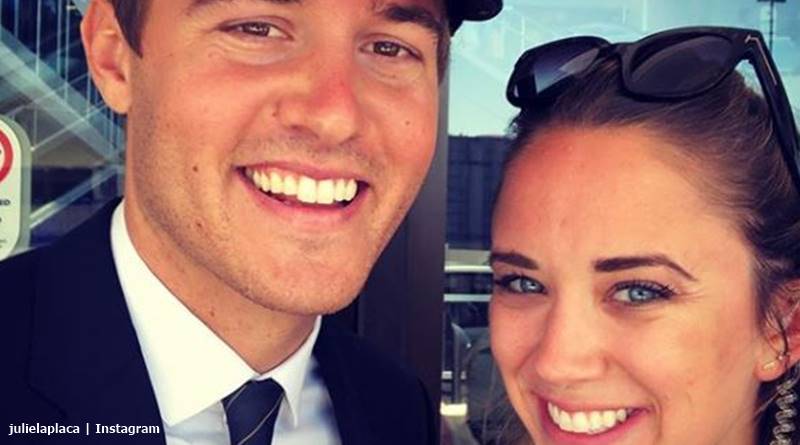 The Bachelor fans heard a rumor that started on Reddit, that producer Julie LaPlaca and Peter Weber fell in love. At the time, guru Reality Steve called it unlikely and total “clickbait.” Now, Julie posted about the rumor that arose after fans spotted her with Peter on New Year’s Eve. She denied she kissed him, but fans think there’s a spark there and it could actually happen.

TV Shows Ace reported that the rumor about Julie LaPlaca got boosted in February. Originally, a handful of pics with Julie emerged. Fans believed it unusual for her to spend New Year with a contestant like Peter. Along with his family, she saw in the annual event. Other photos emerged of her spending time with him. But, Reality Steve pointed out loads of ABC stars spend time with Julie.

Nevertheless, despite Steve’s certainty nothing came of the rumor, Page Six reported a further encounter between Peter’s family and Julie. They reported that in a clip, Peter drank wine and danced at “The Stonehaus Winery in Westlake Village.” They also noted the place lies not far from his home. Peter’s mom went along with them. However, in the end, Peter chose Madison. Now Julie shared about Peter, and fans think the rumor might still hold true.

From her post on Friday, it’s clear Julie thinks Peter’s a great guy. She denied kissing him but really likes him a lot. She shared a photo from New Year’s eve, showing her with Peter. Her caption read, “Yes that was @pilot_pete in the tan jacket, no we didn’t kiss at midnight.” Then she described her take on Peter. Julie added, “But whoever ends up as his copilot for life is one lucky lady, because this guy has a heart of gold.”

Fans of The Bachelor became instantly skeptical. After all, who doesn’t kiss on New Year’s? Others took her comments about Peter being such a nice a guy as her real feelings for him. More of them think she hinted they love each other. Others think there’s a spark and it could become a fire. Many more think Peter and Julia could make a great couple as Madison split from him.

Yes that was @pilot_pete in the tan jacket, no we didn’t kiss at midnight. But whoever ends up as his copilot for life is one lucky lady, because this guy has a heart of gold ❤️✈️ #TheBachelor

Lots of fans think they either secretly date, could date, or at least, should date. Here’s what some The Bachelor fans said:

What do you think about Julie denying she kissed Peter on New Year? Do you think her post about Peter Weber just sparked even more The Bachelor rumors about them? Sound off your thoughts in the comments below.