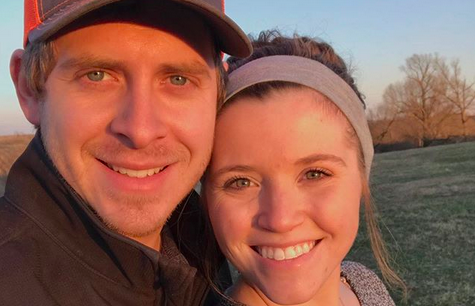 Duggar fans know that the kids in the family court rather than date. And, once they start courting, they get engaged pretty quickly. tend to get married early. Most of them have gotten married before the age of 25. The average age of marriage in the United States is 25 to 30 years old.

Right after the Duggar kids tie the knot, they start creating a family of their own. Fans have figured out that many of the couple’s first children are honeymoon babies or pretty close to it. These couples don’t wait around once they get married. Their relationships move quickly from courtship to parenthood.

One Duggar got married particularly young though–younger than any of her siblings. Joy-Anna and her husband Austin Forsyth knew each other growing up. But, they first started catching each other’s attention when Joy-Anna was around 18 years old. Just a year later, when Joy-Anna was 19, they got married. Now, she’s 22 years old. In their three years of marriage, they have had one son, Gideon, and lost a baby at 20 weeks gestation. It’s been a busy few years for them, but, since they got married young, they still have plenty of life left ahead of them.

Today my sweet wife turned 22 years old, we have been dating since she was 17. I can say that I have had the best time of my life with you, Joy! You are my best friend, cheer-leader, the one I go to for advice, adventure partner, comforter when I need encouragement, and the best mother to our son! You always point me to Christ and I love your relationship with our Savior! I can’t imagine life without you and can’t wait to spend the rest of my life with you! I love you with all of my heart Joy Anna! ~Austin

Jana and John-David fall outside the norm

While Joy-Anna and most of her siblings have gotten married young, that’s not always the case. Of course, the kids are all different, despite being raised with the same values in the same house. For reasons unknown to the public, a couple of them have stayed single longer than the rest. It’s unlikely we’ll find out why these Duggar kids waited before getting married.

First up is John-David. John-David is one of the oldest kids in the family, but he got married fairly recently. John-David was 28 when he announced his courtship in 2018. He and Abbie Burnett got engaged pretty quickly, got married, and had a baby girl in January 2020 when he was 30 years old.

John-David’s twin, Jana, is now 30 and still single. This comes as a shock to many Duggar fans, especially because they love her personality and think she’s gorgeous. They wonder how she could possibly be single. But, it’s possible that she’s chosen not to get married or to have children of her own. There’s been plenty of speculation and rumors over the years, but nothing has seemed to come of those.

Which Duggar men married girls who were 19?

Did you know that Joy-Anna is the youngest Duggar to get married? Share your thoughts below.

Emma & Alex Johnston Show Why They Are Amazing Humans
Does Lala Kent Plan To Expose Randall Emmett’s Cheating Ways?!
‘Love During Lockup’: Is Max The Real Deal?
Audrey Roloff Blasted As Four-Year-Old Ember Walks Around With A Saw
Terry Bradshaw Opens Up About Painful Drug Overdose Death Of Loved One