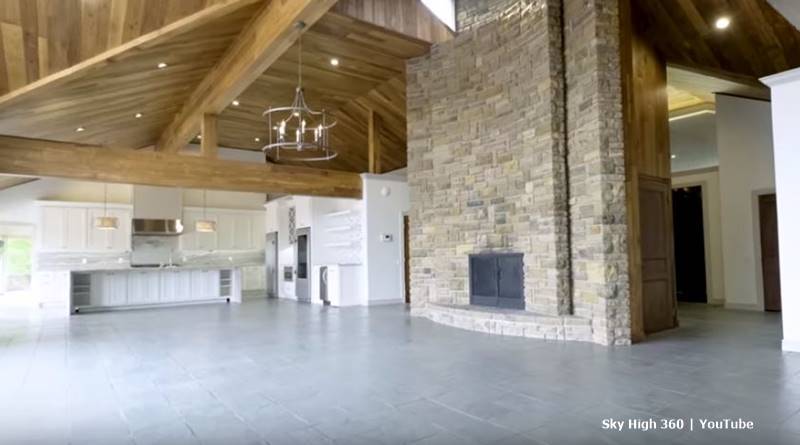 Duggar family fans heard in May last year, that they bought a mansion for $230,000. They listed the renovated Baylor Mansion in Springdale at $1.8 million. Later, the price dropped to $1.1 million. They sold it in February for $1.5 million, but that included some adjoining land. Still, it looks like a tidy profit for Jim Bob Duggar.

TV Shows Ace reported that when the home got listed, obvious and impressive remodeling happened.  Purchased in 2014, the older house constructed in 1969 by Arlo Levick had fallen into disrepair. But, after keeping many features, and upgrading in many areas, it looks stunning. Mind you, some people wondered who could possibly buy it as a home? They speculated it might sell as a flashy boutique hotel or big company retreat.

It came as no surprise that Radar Online reported the price drop of nearly $700k in October. Some people commented that perhaps the big gun room they created put people off. Others just believed nobody would buy such a big place in Arkansas anyway. Well, they got proven wrong as People now reports the mansion sold for a hefty profit for the Duggar family. You can see the original home here:

According to People, the sale of the house included some adjoining land. That’s why it sold for more than their last asking price. It’s not clear who purchased the mansion, or what they plan on using it for. It’s actually reportedly originally built to withstand a nuclear war. The home, according to realtor.com, boasts spacious living areas and a huge patio. The four kitchens are “completely remodeled.”

Apart from a huge garage and beautifully remodeled bedrooms with ensuite bathrooms, the Duggar family put in a home theater and made over a stunning “spiral staircase.” Notably, there’s an elevator installed so people don’t have to trudge up the stairs. Actually, the idea of flipping homes for profit isn’t something new. Some of the Duggar kids do it these days as well. Joy-Anna and Austin recently flipped a home as well.

The Duggars started flipping homes long before they became famous for their reality shows, 19 Kids and Counting and Counting On. With an income from TLC, dabbling in real estate and other business ventures, Jim Bob and Michelle Duggar don’t lack money. The TV shows reveal a thrifty family who prefers hand-me-downs and a non-luxury lifestyle. But, many fans wonder if they really live as frugally as they make out.

What do you think about the Duggar family getting a buyer for Baylor Mansion? Do you think whoever purchased it will live there as a family? Or, will some big company use it as a retreat? Sound off your thoughts in the comments below.