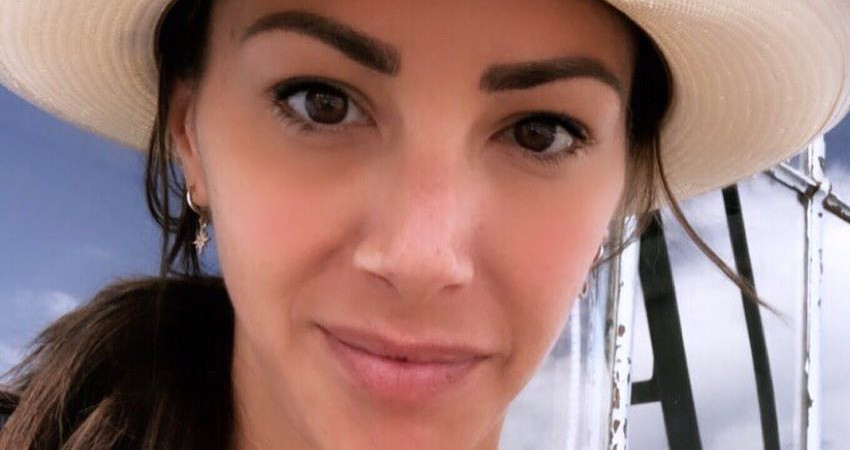 Vanderpump Rules star Kristen Doute may not be on-screen much this season, but she has opinions about all of the drama happening around her. Kristen was a guest recently on Heather McDonald’s Juicy Scoop podcast.

From Tom Sandoval and Jax Taylor’s feud to James Kennedy’s treatment of Raquel Leviss. Kristen has thoughts on it all, Reality Blurb reports.

Vanderpump Rules fans were shocked at how James spoke to Raquel in early episodes of Season 8. During the pride event, James laid into Raquel for missing some of his DJ gig at TomTom.

In another episode, she read some of the nasty text messages he sent to her when she didn’t answer her phone because she was asleep. TV Shows Ace reported that Raquel felt verbally abused by James.

Luckily, it seems as though James sought help before it escalated to physical abuse. He recently celebrated 9 months of sobriety.

Speaking to Heather McDonald, Kristen said that she is “terrified” for Raquel. As fans know, Kristen and James briefly dated and their relationship involved a lot of physical and verbal altercations.

Kristen knows firsthand what it’s like being on the receiving end of James’s wrath. She says,

The way that he talks to her, it’s full PTSD for me. If he’s doing that to her on camera, I can’t imagine what it’s like behind closed doors. I feel bad for her.”

Kristen Doesn’t Think James and Raquel Are ‘In Love’

One of her more surprising admissions was about the status of James and Raquel’s relationship. In Kristen’s opinion, their relationship isn’t real. Rather, Kristen believes it’s all for the show. She says,

[I] don’t think they’re in love, I think they use each other for notoriety and for the show and to put on this front.”

Kristen does note that the couple really do live together and share a dog together.

Is Kristen Team Sandoval or Team Jax? The VPR Star is Team Neither

Kristen was asked to weigh in on the feud between her VPR co-stars. As fans know, Sandoval was briefly kicked out of Jax’s wedding, though Jax later relented. The former friends engaged in a brutal Twitter war earlier this week, TV Shows Ace reports.

According to Kristen, both Sandoval and Jax are attention seekers who refuse to apologize or admit they were wrong. Sandoval’s “I’m sorry, but” apologies were brought up earlier this season on VPR. Kristen says Jax is guilty of using the same non-apology tactic.

In fact, their similarities is why they aren’t getting along right now, Kristen says. She doesn’t see the friendship recovering. Kristen explains,

So when you have two people who really only give a sh-t how they feel going against each other, it’s not gonna end well.”

Kristen also denies hooking up with Jax’s now-wife, Brittany Cartwright. She says that was Jax’s attempt at being the center of attention.

Earlier this month, Sandoval alleged that something big happens with Jax as the season progresses. He believes that’s why Jax is engaging in a “smear campaign” against him, as TV Shows Ace reported. Kristen agrees. She says,

That [Jax attention-seeking] will happen later on this season. [H]e and I got into it and we didn’t talk for a month after that because I was so mad at him.”

Kristen will soon join VPR co-stars Stassi Schroeder, Sandoval and Ariana Madix as a published author. He’s Making You Crazy comes out June 2, 2020. The book is about the dos-and-don’ts she’s learned through her own relationship mistakes.

She will go on a brief book signing tour with dates in NYC, NJ, IL, her home state of MI and L.A.

Do I need a roadie?! HE’S MAKING YOU CRAZY Book Tour coming atcha! 🦋 I’ve never been so proud & I can’t wait to meet y’all ! ➡️ chicagoreviewpress.com/hesmakingyoucrazy

Stassi recently revealed that Kristen won’t be invited to her upcoming wedding. One of Kristen’s relationships came between the former close friends. The end of their friendship is playing out this season on VPR.