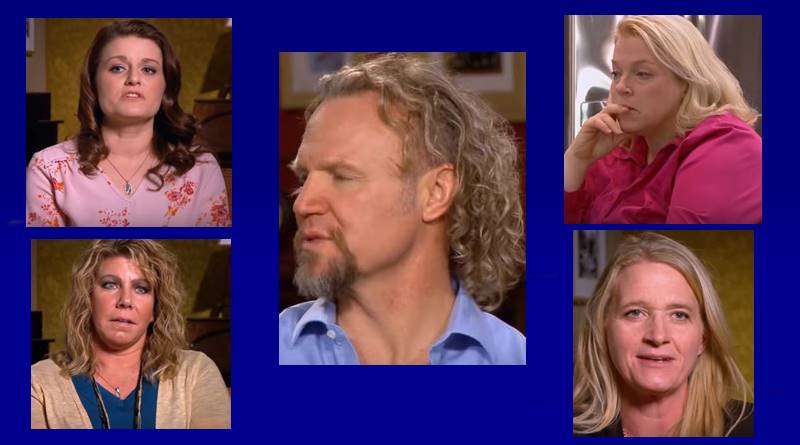 Sister Wives fans know that quite often on social media, Christine Brown jokes with her daughters about who her favorite is. But, for the adults, maybe the subject of being the “favorites” is a lot more serious. Meri Brown and Robyn opened up on the show and on social media about the subject of “favorite” wives.

For those people outside of a polygamous relationship, it seems obvious that a man with four wives would prefer the company on one over the others. Many of them fully believe that Robyn became the favorite wife after Meri gave Kody his divorce. Nowadays, it’s obvious on the show that Meri’s not Kody’s favorite at all. In fact, TV Shows Ace noted that Kody seems to play the wives off against each other to deliberately cause rivalry. After all, if the wives don’t get along, they can’t gang up on him.

Fans saw that Kody told Meri and Robyn the same thing about property in Flagstaff. In a previous Sister Wives episode, the two women clashed as a result. Cheatsheet wrote, “Both claimed to have been told they got ‘last pick’ of all four wives when it came to their portion of the land.” But neither of them yet made their pick.  They argued and then thrashed it out and that revealed the issues of favoritism.

Robyn and Meri talk about favoritism

On Twitter, Robyn said, “It has nothing to do with playing favorites when we all get together.” She noted that they “make sure everyone feels like they have a voice and that all the needs are met.” Stating the obvious, she added, “That is so important in a plural family.” But on the show, Meri feels that they “all need to feel like [they] got first choice.”

Well, it’s hardly surprising that the Sister Wives patriarch, Kody sounds down about polygamy at the moment. He claims that he tried to find ways to keep four women happy. And he noted, “There’s no way to make all my wives feel like the favorite.” Life in the Brown family sounds really complicated, many fans think. Jealousy and favoritism seem likely to fracture the family which shows visible signs of stress this season.

On Robyn’s Twitter, some fans noted that for sure, Robyn’s the favorite. To them, it seems obvious. One Sister Wives critic said, “Of course it’s ‘important’ when your voice is the main one Kody listens to. But how can he or anybody not listen since all you do is cry. Meri was the 1st wife. She gave it up for you and now he treats her like a discarded Kleenex. Meri deserves better!” Ouch!

It has nothing to do with playing favorites when we all get together and make sure everyone feels like they have a voice and that all the needs are met. That is so important in a plural family.

What do you think about favoritism and Kody’s seemingly mission impossible to keep all four of them happy? Sound off your thoughts in the comments below.