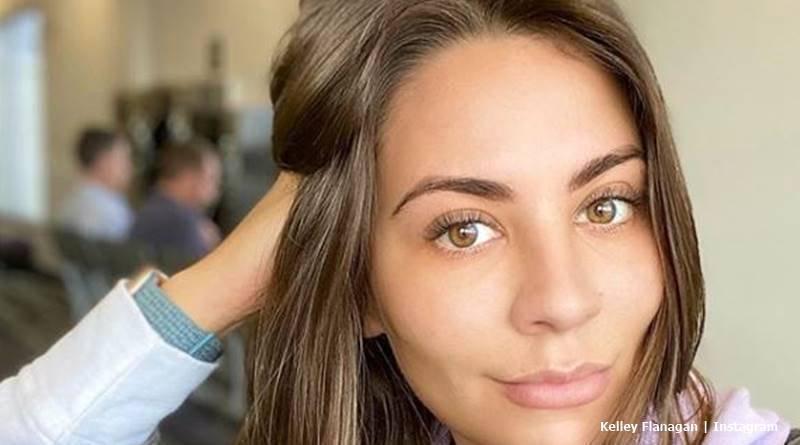 The Bachelor fans saw a hot mess at the end of Peter Weber’s season. It seemed that Peter dithered about the whole season, almost as though he really didn’t know who or what he wanted. Well, the Bachelor Nation fans know he broke off with Hannah Ann Sluss and then chose Madison. But, not everyone’s convinced that will work out. Plus, rumors roam around that he and Kelley Flanagan might still have something going. However, speaking about Peter, she said that he needs to just be alone for a while.

TV Shows Ace reported that Bachelor Nation guru, Reality Steve addressed the rumors that Kelley and Peter might still be together. He also talked about the rumor that she may be pregnant. As far as he’s concerned, there’s no baby on the way. But, Peter’s been so indecisive that even Reality Steve can’t rule out the possibility they might see each other. He also believes nothing about the very last scenes showing Peter and Madison.

It’s even possible that it was all staged as well. ET Online reported that Peter’s mom said the show’s “extremely scripted.” Well, who knows what the producers get up to. They actually invited Kelley Flanagan to the show where Madison and Peter declared their love, but then never refer to her again. Even Kelley seems uncertain as to why The Bachelor producers brought her in, E!News reports.

Possibly even Barbs. The Bachelor‘s mom would like Peter to just settle down and figure out what he wants. Kelly’s got a good relationship with Barbara and they met each other during the finale. She said that Barbs was warm and friendly, suggesting they might stay in touch. But, it doesn’t seem that their friendship impacts on Kelley Flanagan’s current status with Peter. Several times, she emphasized, “I am not with Peter.”

What a whirlwind of a season and finale! Good luck to everyone involved ❤️

Kelley also wonders if Madison will work out. But, she just hopes for Peter and madison that it goes well. So, there you have it. Kelley’s not pregnant and completely denies anythings’ going down between her The Bachelor. Does that surprise you? Sound off your thoughts in the comments below.

‘The Young and the Restless’ Spoilers, August 2-6: Phyllis Gets Everything She Needs
Travis Barker Cuts Kourtney Kardashian’s Hair: What Is Going On?
CAT-astrophe? ABC Hired Audience Member To Kiss Connor On ‘MTA’
Kanye West’s Rumored Girlfriend Sets IG On FIRE With Nude Snaps
Clare Crawley Underwent Breast Implant Removal Surgery, How Is She?