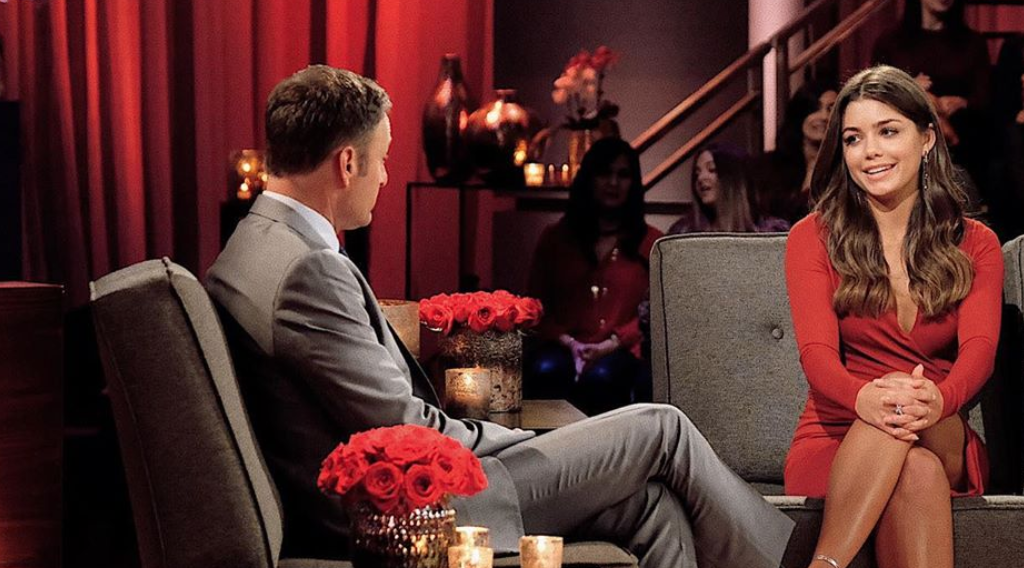 The Bachelor may have just ended, but Hannah Ann is already talking about moving on. This time, she’s got an ex-Bachelorette start in mind.

Hannah Ann ready to move on after ‘The Bachelor’

Hannah Ann was just engaged to Peter Weber a few months ago after his season of The Bachelor ended filming. However, in the season finale this week it was revealed that their relationship didn’t last because he still had feelings for Madison. Now, according to Cosmpolitan, she has her eyes on another star, Tyler Cameron.

Hannah Ann got the pleasure of staring on The Ellen Show to talk about her time with Bachelor Nation and one of the questions is who she would date out of everyone. She quickly answered with Tyler Cameron.

“I think this is the easiest question. Tyler Cameron. I mean!”

Would they not be the cutest couple ever? Slide into her DMs Tyler!

Ironically, Tyler was considered for the role of The Bachelor. Maybe things would’ve gone a bit differently if he was actually chosen as The Bachelor instead of Peter. There may not have been as much drama, that’s for sure.

So grateful to @abcnetwork and all the people involved in the show for making this difficult experience one that I could endure. I made a commitment to myself to be consistent, genuine, and truthful through this journey and I remained that way to the very end. Allowing yourself to love someone is a vulnerable place to be, but I am thankful that I gave myself a chance in finding love regardless of the outcome. I encourage anyone looking for love to always stay true to you. Don’t accept anything less than 100% of someone’s heart — YOU DESERVE IT! Thank you from the bottom my heart for the love and support from old & new friends along the way. Your kind words brighten my day! Xo

What else did Hannah talk about?

Dating Tyler wasn’t the only thing Hannah talked about during her time with Ellen. She also revealed that she may be going to Bachelor in Paradise this summer. How great would it be if Hannah Ann AND Tyler were there? Of course, producers would throw Hannah Brown in for extra drama, but she’s already said she won’t be going to Paradise.

If Hannah doesn’t find love in Paradise this season though, she would be the best Bachelorette ever. Hannah really let her personality show through during this finale. She made it clear how she was feeling and wasn’t ready to listen to Peter. She totally directed the conversation and honestly, she dominated it. That’s the exact kind of girl that needs to be The Bachelorette.

Not to mention Hannah Ann’s amazing sign-off post in a Pilot uniform. That takes courage to post, and clearly she’s got that.

What did you think of Hannah Ann? Do you think she and Tyler Cameron would be a cute couple? Let us know what you think in the comments. Be sure to stay tuned to TV Shows Ace for news on all of Bachelor Nation. The new season of The Bachelorette starts soon and you won’t want to miss it.