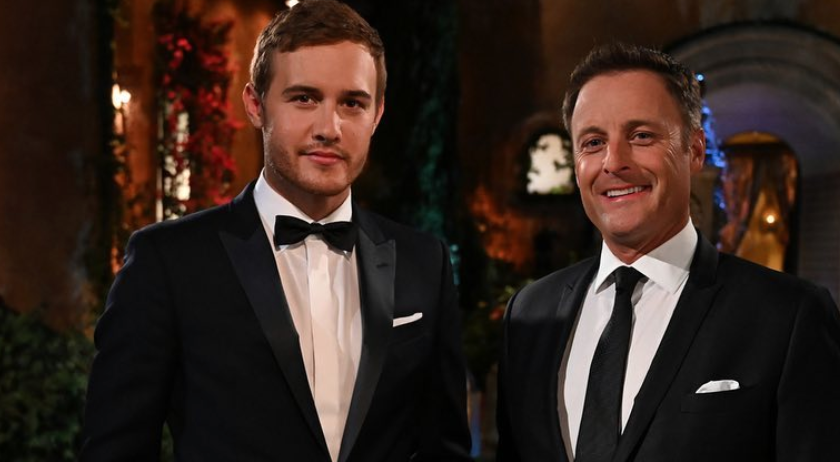 The Bachelor season finale was earlier this week and fans are up in arms about the outcome. However, one very important person has his own thoughts on the situation.

Chris Harrison on ‘The Bachelor’

Chris Harrison is opening up on his thoughts on Peter and Madison’s relationship Us Weekly says. Chris gets to see first hand all of the drama that happens between the Bachelor and his leading ladies, so if anyone knows what’s up, it’s probably him. It seems like he doesn’t know that Peter and Madison will last very long. However, he wasn’t being hard on the couple, just honest.

“Look, it’s easy to get on social media and rip them apart and tell everybody they’re not gonna make it. Odds are, they aren’t. Odds are me and my girlfriend aren’t. That’s life,” Chris started. He definitely has a good point there, are the odds ever really in anyone’s favor? Everyone is always going to have differences to work through.

However, he went on to support the new maybe couple.

“But why not root for them? Why not just everybody for a moment say, ‘Hey, I wish them the best,’ and let’s just see what happens.”

Being the Bachelor has been the most incredible experience of my life. I have grown in ways that I didn’t even know possible. The two most beautiful things that happened to me throughout this journey have been @hannahann and @madiprew coming into my life and showing me love like I will never forget. No matter how this thing ends I will be forever grateful for you both and this once in a lifetime journey ❤️ #thebachelor #ntaustralia #redcentrent

Again, Chris has a great point. It’s no one’s business what happens in their relationship. What Peter did to Hannah Ann was horrible but all we can do now is support her in her time of need. Hopefully, Peter and Madison are happy. Ultimately, that’s the goal for everyone.

So what happened at the finale?

The finale of the show was anything but tame. Hannah Ann and Peter got engaged, however, that ended one month later. Hannah Ann revealed that Peter had reached out to Hannah B. for closure. Hannah says that should’ve been her first red flag. The couple ended their engagement and Chris Harrison went to talk to Madison about how she was feeling. Peter and Madison both still had feelings for each other and met up once before the finale aired. Now, they are just deciding the next steps for their relationship.

Of course, everyone knows that Peter’s mom is not happy with what Peter chose to do and made it clear she does not like Madison. If peter and Madison do stay together, family dinners may be a bit awkward.

Were you happy with how The Bachelor ended? Let us know in the comments. Be sure to follow TV Shows Ace for news on all of your favorite Bachelor Nation stars. The Bachelorette starts filming soon and you won’t want to miss any details!

Danielle Busby Brags She’s Not A Regular Mom, She’s A ‘Cool Mom’
‘LPBW’ Tough Jackson Roloff Shows Dad What He Is Made Of
OH NO!!! Jessa & Ben Seewald Are Hurting For Money After Giving Birth?!
‘When Calls The Heart’s’ Paul Greene To Become A Father Again
OH NO!!! One Of Todd Chrisley’s Children Confirms Divorce