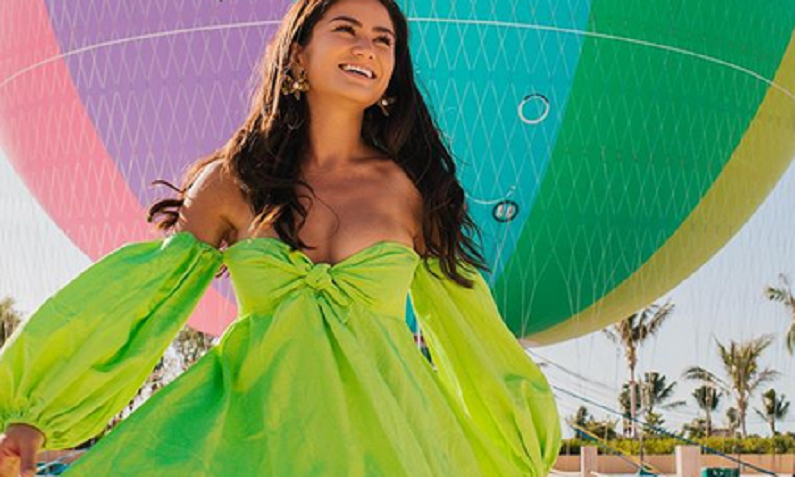 The Bachelor two-part season finale was the most dramatic yet. Peter Weber proposed to Hannah Ann Sluss, to the joy of everyone. That joy quickly ended when Peter revealed that he still had feelings for Madison Prewett. Hannah Ann ended their engagement and moved on with her life.

This led to an extremely uncomfortable encounter on the After the Final Rose live episode. Not only did Hannah Ann make an appearance, but so did Madison. Peter’s mom, Barbara Weber, was happy to see Hannah Ann lashing out at Peter. She also showed her distaste over his relationship with Madison. Bachelor alum Calia Quinn is speaking out about the finale. She revealed why she thinks Peter chose Madison.

The Bachelor alum Calia Quinn made an appearance on People TV. She recapped the proposal, Barbara’s opinions on Madison and Hannah Ann, and Peter choosing Madison in the end. As FOX10TV reported, Calia feels that Peter chose Madison to prove a point to his mom. Maybe wanted his mom to react over their relationship. Or, maybe he wanted to have the final say.

“He’s just trying to prove that Madison is the one just because his mother says no,” Calia said.

But that’s not all. She also thinks that Peter should have proposed to Hannah Ann in the first place.

“I don’t think he should’ve proposed because he was on the fence even 24 hours before. And at least at that point you should have kind of a clear idea of who you would be picking. And the fact that he even told her that, I mean, he should’ve just asked if they could’ve continued dating after this.”

The Bachelor Nation alum has spoken. Calia isn’t the only one who feels this way. Bachelor fans have been very outspoken about Peter’s behavior throughout the season. They think he’s the worst bachelor in the show’s history because of his indecisiveness.

So many emotions packed into one photo. #TheBachelor

Bachelor host Chris Harrison is also speaking out about that shocking finale episode. He sat down for an exclusive interview with Entertainment Tonight’s Lauren Zima to discuss Tuesday night’s finale. Chris was just as “shocked, sad, and disappointed” with the finale as much as fans were.

He tried the repair the situation between Peter and his mother because he feels a great deal of responsibility. That’s when Chris went on to say that while he likes Peter, he feels that Madison “deserves better.” He thinks that it was the wrong way for Peter to handle that situation.

What are your thoughts on The Bachelor two-part finale? Sound off below in the comments section.