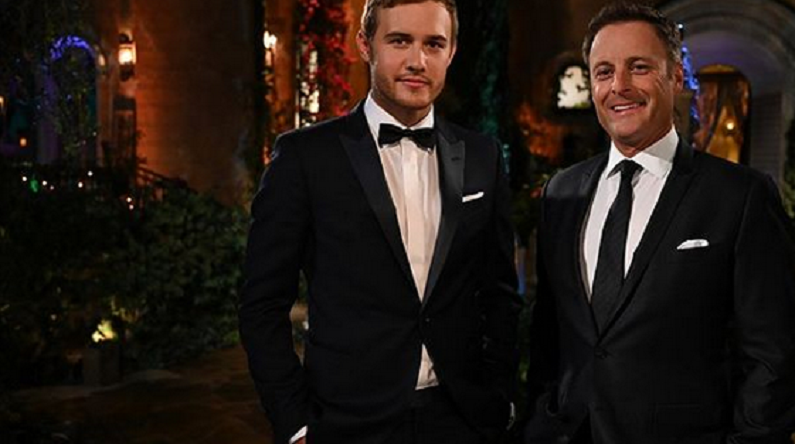 Peter Weber hasn’t been handling his season of The Bachelor well. The reality star previously admitted that he’s cringed watching himself back on the dating series. Bachelor Nation feels that he’s the worst bachelor ever. Even worse than Juan Pablo.

That’s because Peter was indecisive when it came to his choices. This was apparent on the season finale when he proposed to Hannah Ann Sluss. Then he realized he still had feelings for Madison Prewett. After their engagement ended, he reunited with Madison on After the Final Rose.

Peter Weber was “shaken” up and “venting to producers” after Bachelor finale, says host Chris Harrison

The Bachelor has been a wild ride for everyone, including Peter. When Madison appeared on the live finale and the couple revealed they wanted to give their relationship another shot, Peter’s mother, Barbara Weber, said she doesn’t think it will work.

So many emotions packed into one photo. #TheBachelor

The commercial pilot found himself in an awkward spot. He was eviscerated by Hannah Ann on live TV. In addition, his mom was against his relationship with Madison. Chris Harrison told Us Weekly that Peter Weber was visibly “shaken” up after the Bachelor finale.

“He was backstage standing next to Madison, visibly upset, venting to producers, just shaken,” Chris said. “His world got kind of shaken on live TV. That’s something I don’t wish on anybody. It was uncomfortable, and he was probably embarrassed – probably angry and rightfully so.”

Chris hasn’t seen or spoken to Peter Weber and Madison Prewett since the live finale taping. He feels that Peter “needs some time” to digest everything that’s happened in recent days. Chris also feels that Peter needs to focus on his relationship with his mom. But that doesn’t mean that Chris agrees with everything that Barbara said about Madison and Peter.

“In life – and I am a parent – you only want what’s best for your kids,” Chris explained. “But there’s a time when you can be right and be wrong. And she was right? Maybe.”

On the episode, Barbara was happy when Hannah Ann ended her engagement with Peter. She also didn’t hide her disdain when Madison told Chris that she hasn’t slept since leaving the reality show. Chris feels that Barbara could’ve expressed herself better when it came to her concerns on Peter’s relationship with Madison.

The Bachelor has a special message for fans after messy finale

Peter Weber also had a special message for fans following that uncomfortable finale. Everyone wants to move on and focus on the upcoming season of The Bachelorette. But, unfortunately, the cast involved with The Bachelor hasn’t moved on. They’re all addressing that messy two-part finale episodes.

According to E! News, he revealed that he’s sorry for letting Bachelor Nation down. He felt that he needed to follow his heart, even though his mom disapproves of his relationship with Madison.

Peter also understands that everyone’s going to have an opinion on the way he handled this season. Since he dated several women at once, he couldn’t think straight at times. Peter is proud of his journey and where it led him today.

“But I’m proud with me following my heart and with where I’m at now. I’m sorry if I let certain people down with certain picks but I had to do everything for me.”

What are your thoughts on Peter Weber? Do you think the Bachelor should have handled his season better? Sound off below in the comments section.

‘Y&R Spoilers : Who Kidnapped Mariah Copeland And Where Is She?
Todd Chrisley ‘Not Afraid Of Lawsuits’ Amid Being Sued For Slander
Adam & Danielle Busby DRAGGED For Getting ANOTHER Designer Dog
Blake Moynes Jokes About Possible Third ‘Bachelorette’ Appearance
‘The Bold & The Beautiful’ Spoilers, July 26-30, 2021: Finn Gets A Family