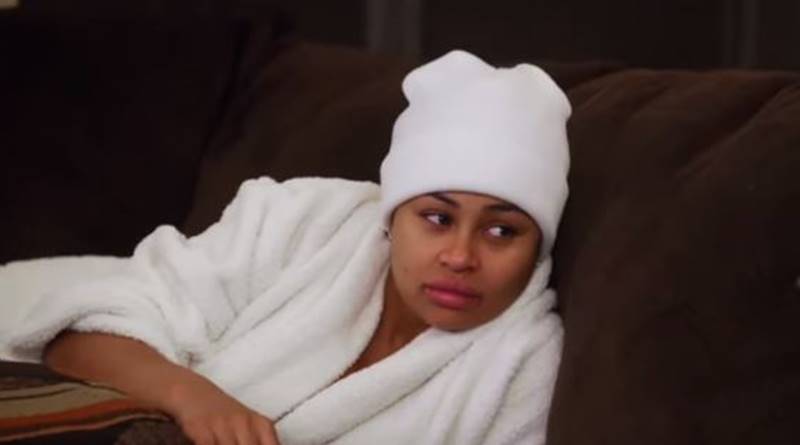 Blac Chyna and Rob Kardashian go through a rather bitter custody case over their daughter Dream right now. Of course, the Kardashian clan stick together and Kris Jenner wants a lid put on court proceedings. In a statement, legal reps for Blac Chyna indicated that she much prefers The Bachelor mom, Barbara, being open about their family issues. Allegedly, Kris tries to bury their family issues during Blac’s lawsuit.

TV Shows Ace reported in January, that Rob Kardashian brought all sorts of unsavory allegations against Blac Chyna. He attempts to get full custody of their child Dream, alleging Blac Chyna’s not a “fit” mother. In fact, he claims that Blac is “out of control.” Rob refers to alleged wild parties that Dream sees and that Chyna not only does cocaine but gets drunk. He alleges she ” spends over $600 on booze every day.”

Well, it’s no closer to a conclusion now, and Blac Chyna alleges that the family conspired against her. That, she thinks, is the reason for the cancellation of the Rob & Chyna show. In a separate lawsuit, US Weekly reports that Back Chyna alleged “instances of assault, battery, domestic violence, and defamation.” But, the outlet noted that Kris Jenner wants the court to seal the records, and demands Blac Chyna turns over her various communications like emails and texts.

Blac Chyna’s attorney said in a statement to US Weekly, that “these defendants want to hide their illegal conduct from the public which resulted in the cancellation of Season 2 of Chyna’s hit reality TV show'” He adds that they just don’t want to allow “evidence of their wrongdoing to see the light of day.”‘ The statement even went on to compare Kris Jenner to Peter Weber’s mom on The Bachelor.

Fans of The Bachelor know that Peter first chose Hannah Ann Sluss. She’s the one his mom wanted, even though Peter still loved Madison. Barbara made no secret on the show that she simply did not like Madison. In fact, fans turned on her vociferously for trying to interfere in her son’s love choice. But, one thing stood out. She won’t hide her real feelings and the tension in their family. And, that’s what Blac Chyna admires. Get it out in the open, good or bad.

Allegations the Kardashians hide facts from the public

Blac’s attorney says that she believes it’s wrong for Kris Jenner and the family “to hide their unlawful conduct against her from the public.'” Naturally, Kris denies they hide anything unlawful at all.

What do you think about Blac Chyna basically applauding Peter Weber’s mom for being open about their family issues? Do you think Kris Jenner might try and hide “unlawful conduct?” Sound off your thoughts in the comments below.

Remember to check back with TV Shows Ace often for more news about Blac Chyna and the Kardashian family.

Carlin Bates Under Fire, Is She Abusing Her Dog?!
Lauren Burnham Only Wants ‘Good Vibes’ In Dream Nursery
Jeremy Vuolo Gets Trolled On Social Media, But Why?
Tammy Slaton Disappears, Pulls Plug On Social Media: Is She Dead?
Anna Duggar Reportedly Stays With Josh At Guardians’ Home Most Nights