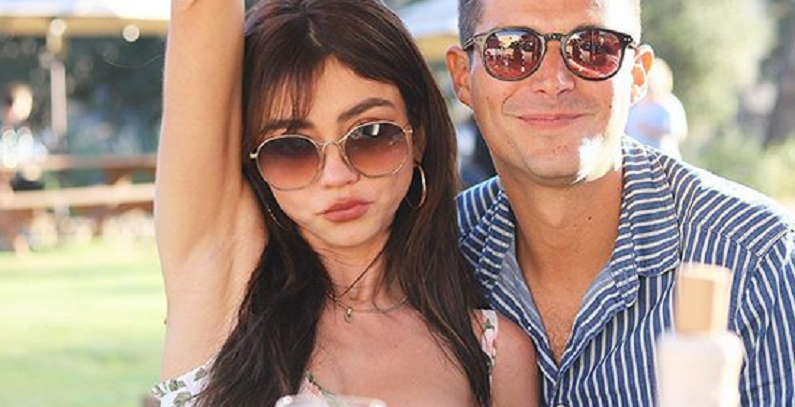 Bachelorette alum Wells Adams has a cute response as to why Sarah Hyland could never join a show like Bachelor in Paradise. The couple announced their engagement in July 2019 after dating for two years. Wells and Sarah have been on a whirlwind romance ever since. They often post about their relationship on social media.

Sarah Hyland is best known for her role on Modern Family, even though she’s also appeared on Vampire Academy and The Wedding Years. Meanwhile, Wells Adams is known for appearing on the ABC reality competition, The Bachelorette. He joined Season 12, when he competed for the heart of JoJo Fletcher.

He left after being on the show for six weeks and went on to appear on Season 3 of Bachelor in Paradise. Now, Wells is revealing why his fiancée wouldn’t be a good choice for BIP.

As per Gossip Cop, Wells Adams spoke to Us Weekly about Sarah Hyland appearing on The Bachelor spinoff series. He doesn’t think she’s the right fit because of her epic career. He feels that she would be too much money for ABC.

“I don’t think The Bachelor could afford her to come on the show,” the Bachelorette alum joked. Then he was asked whether he would do a reality show with Sarah.

“That’s a hard pass,” Wells said. “I’ll do it every year, but she won’t. Her career is just starting to go crazy. I think that that’s just something that I don’t think she would ever want to do.”

Even though the couple is very public about their relationship social media, they’re reluctant about sharing their lives on reality TV. Wells feels that there’s more control when it comes to posting on social media.

“To be honest with you, I don’t know if I would ever want to do that either, just because that’s just letting people really into your life, and that’s a little scary,” he explained.

It’s clear that Wells Adams is really into his fiancée. He said that his favorite thing about Sarah is when she’s natural. He also said that he loves her “seven different laughs,” that he tries to decipher. A reality show with the couple would be a cute idea. They clearly have a lot of sweet stories to share.

Why Sarah Hyland would be perfect for Bachelor in Paradise

She would be the perfect candidate for the Bachelor spinoff. She already has stock in bikinis. As per The Blast, Sarah became Instagram’s ideal candidate for #ThirstyThursday. The Modern Family star showed a lot of skin in her latest post. She has an incredible bikini body, which would already make her perfect for Bachelor in Paradise.

Fans already know that bikinis are desperately needed on the reality show. Sarah’s latest Instagram photo shows her posing in the water as the sun goes down behind her. She struck up a sexy pose by kneeling, which looks more like a Sports Illustrated cover than an Instagram shot.

Sarah has been celebrating the end of the ABC sitcom she currently stars on. Modern Family is coming to an end after 11 seasons. She shared several snapshots from the cast’s wrap-up party. One of those shots include a photo of her with co-stars Ariel Winter and Noland Gould. With her long straight hair and sexy black dress, she makes the perfect Bachelorette. But she has already found her Bachelor.

I love these people with all my heart. 11 years together is proof you and your tv sister will start wearing the same outfit, siblings for life will be made, and you’ll forever fight over the same professor 😂 We’ll always be Dunphys and we’ll always have each other ❤️

What are your thoughts on Wells Adams’ comments about Sarah Hyland? Do you think the couple would be perfect for reality TV? Sound off below in the comments section.

Don’t forget to check back with TV Shows Ace for the latest news on The Bachelorette.