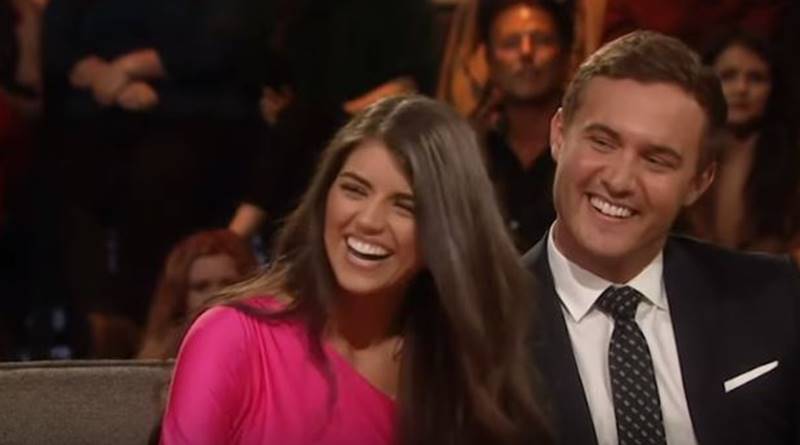 The Bachelor fans saw Peter Weber dump Hannah Ann Sluss after Madison dumped him. Bachelor Nation fans watched as he destroyed Hannah Ann, who slapped back and told him basically to man up. Going for Madison again, it seems Peter’s still not sure of his heart. In fact, Madison and Peter seem rather inconclusive, and fans don’t see them on the live shows since the season ended. Normally the happy couple hits up Jimmy Kimmel Live and Good Morning America.

Fans of the show know that Peter’s mom really does not like Madison. In fact, she turned on the tears and begged Peter to choose Hannah Ann Sluss. Peter felt he and Madison were “perfect.” But it looks like initially, he went with what his mom wanted and proposed to Hannah Ann. Poor Peter, one might think now. He lives at home, and his decision to dump Hannah and go with Madison in the end probably took loads of tension back into the family home.

For Madison, she now knows exactly what The Bachelor‘s mom thinks of her. After all, she held back little on her feelings against her. Now, imagine you have a conflicted man who couldn’t decide if he loves you. Add, a hostile potential monther-in law to the mix, and Madison might well be hesitant to commit for life. TV Shows Ace noted as well, that Madison’s dad wasn’t pleased with mom Barbara for what she said about his daughter. So, there’s that aspect as well, to consider.

No live interviews with Peter Weber and Madison

Recall that even Peter wasn’t totally sure where he stood with Madison. It seems they just take it slowly and wait to see if it goes anywhere. And, that’s the reason why fans don’t see them on shows like ABC’s “Jimmy Kimmel Live! and Good Morning America,” The Hollywood Reporter noted. The Bachelor couple’s relationship seems “rocky.” Speaking with Rob Mills from ABC, the outlet reported that they are still trying and figure out where they stand with each other.

So, if you hoped for more of Peter and Madison, don’t hold your breath. The franchise gives them time to work out their lives right now. What do you think? Will Peter and Madison sort out their differences and ever become an official couple? Or, will Madison move on and find someone with a family who can love her? Sound off your thoughts in the comments below.