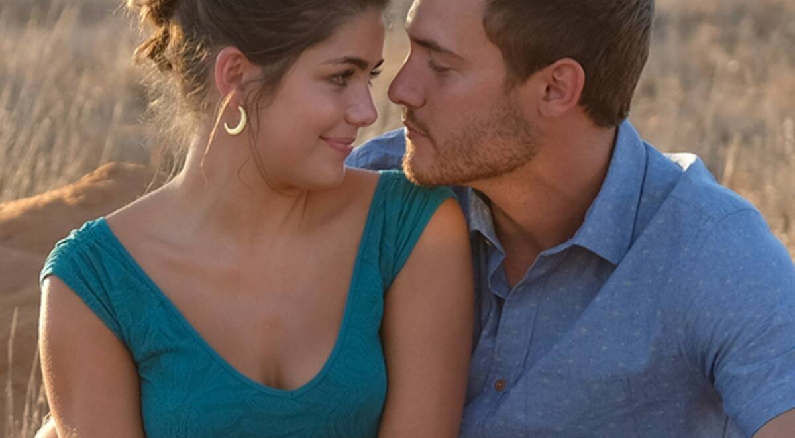 Peter Weber clearly still has Hannah Ann Sluss on the mind. The Bachelor’s two-part season finale was the most dramatic one yet. Peter popped the question to Hannah Ann Sluss since Madison Prewett walked out on him. Then he realized that he still had feelings for Madison, and he ended their engagement.

Hannah Ann made a triumphant return on the After the Final Rose episode. She revealed that Peter still had Hannah Brown on the mind when they were engaged. But now it seems like Peter has Hannah Ann on his mind once again. He associated her with “fluffy socks.”

Peter Weber played a word association game on the latest episode of Reality Star Showdown, as reported by Yahoo! Entertainment. He had to speak the first word or phrase that came to mind when he saw a photo of a contestant. Host Andy Zenor had to guess which woman Peter was talking about.

“Hannah Ann got me kind onto it,” Peter admitted. “She always wears those.”

During Fantasy Suite week, Peter was seen rolling around in bed with a mystery woman wearing fuzzy socks. It turns out those socks belonged to Hannah Ann.

When it comes to “Sully,” he meant the iconic furry blue Monsters Inc. character. Peter revealed that Hannah B. is a huge fan of the Pixar character.

“Hannah B. is a big Sully fan,” he said. “She always sleeps with her Sully [stuffed animal].”

Peter associated controversial contestant Victoria Fuller with the word “mom.” He explained that she’s “the mother of someone you will meet” and added that she’s a dog mom.

Hannah Ann is ready to move on. She’s taking flight on her own love life. Following the dramatic two-part season finale of The Bachelor, the 23-year-old took to Instagram to post this photo of herself wearing pilot gear. She was obviously referring to the 28-year-old commercial pilot who works for Delta Air Lines, as reported by Page Six. Peter Weber made his entire season about flying.

She hasn’t stopped throwing shade at Peter. During the live taping of After the Final Rose, she revealed that Peter still had Hannah Brown on the brain. He felt that he needed to reach out to the fellow Alabama native to bring some “closure” to their relationship. She also addressed his confused feelings and told him to own up to them.

“If you want to be with a woman, you need to become a real man,” she told him.

Bachelor Nation supported Hannah Ann after her appearance. Celebrities like Lady Gaga and Kim Kardashian took to Twitter to share their support for the Bachelor contestant as well.

What are your thoughts on what Peter Weber said about Hannah Ann Sluss? Sound off below in the comments section.