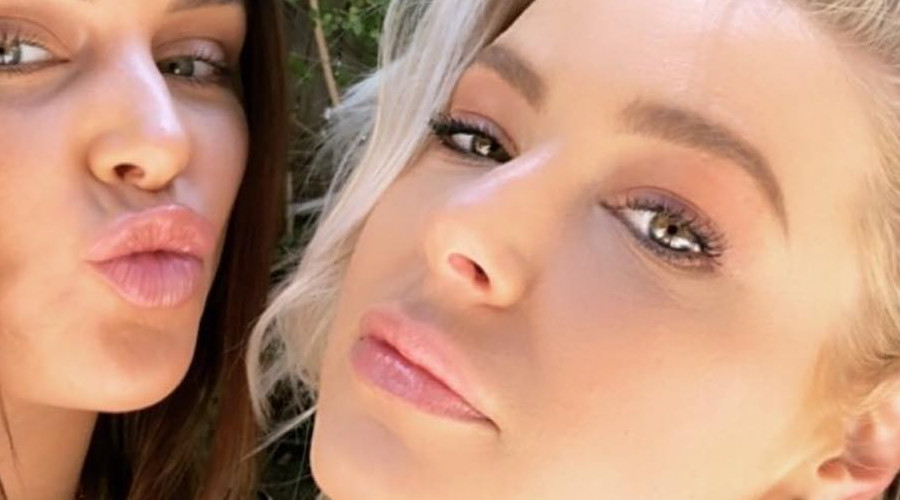 A Vanderpump Rules feud in the making? VPR star Lala Kent isn’t afraid to engage in back-and-forth with other celebrities on social media. Who can forget her role in the feud between her fiance Randall Emmett and rapper 50 Cent?

However, another feud between Lala and two of her co-stars is playing out in real-time. During an Instagram Live this week, Lala went off on her VPR co-stars Tom Sandoval and Ariana Madix for how they reacted to Lala telling Ariana that she has a “safe place” with Lala and the rest of the Vanderpump Rules cast.

Ariana Madix Opens Up About Depression to VPR Co-Stars

It has been an emotionally-charged season of Vanderpump Rules for Ariana. The usually reserved star has come out of her shell over the last few seasons, openly discussing personal issues such as a verbally abusive relationship that led to her body-image issues.

Viewers of Season 8 are now learning about Ariana’s mental health struggles, including thoughts of suicide. She first confided in SUR boss Lisa Vanderpump about her feelings. Then she opened up to VPR co-stars Lala and Stassi about sometimes wanting to drive off a freeway bridge.

Her co-stars were seemingly supportive. Among the supportive comments included Lala telling Ariana she has a “safe place” in their group of friends. However, in one-on-one interviews, Ariana’s co-stars, including Lala, mocked her emotional confession.

Speaking to Entertainment Tonight, Sandoval pointed out that Lala’s behavior didn’t make Ariana feel as though she had a place to talk about her feelings. Addressing Lala’s comments, Sandoval said,

It’s like, girl you are not — you are apparently not a safe place.”

Lala did not take Sandoval’s comment lying down. Well, actually, she did. The Like a Boss singer filmed an Instagram Live video from her bed to give “the spill” on Sandoval and Ariana, Us Weekly reports.

The former SUR hostess accuses Ariana of supporting her to her face after Lala lost her dad only to talk negatively about her behind her back. Lala says,

While I was losing my mind, needing someone like Ariana, who had lost a parent before, I needed someone to defend me. Instead, behind my back, she was telling me to toughen the f—k up. Does that sound like a safe space to you? I don’t think so!”

Lala has some thoughts on why Ariana doesn’t feel safe around her VPR co-stars. She thinks Ariana doesn’t “feel safe” in her own skin and is “projecting” onto Lala. Lala seemed particularly upset over Sandoval and Ariana implying she’s not a good friend.

She has some sage advice to Sandoval and Ariana at the end of her rant. She suggests they “toughen the f—k up.”

Tell us in the comments: Do you think Lala is a good friend?